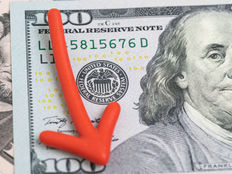 Fed Chair Powell: We Are Not in a Recession… Yet

Stocks rose after the Federal Reserve announced its intentions to raise interest rates by three-quarters of a percentage point for the second consecutive time to combat record-high inflation. The S&P 500 climbed 2.5% in afternoon trading on Wednesday, following the Fed’s announcement. Meanwhile, the Dow went up 1.4%, and the tech-heavy Nasdaq Composite rose almost 4%.

This marks the fourth rate increase in five months. In its policy statement issued after its meeting, the Fed noted some parts of the economy are beginning to slow, and that “recent indicators of spending and production have softened.” This is a significant shift from the central bank’s policy statement released after the June meeting, which read: “Overall economic activity appears to have picked up after edging down in the first quarter.”

The unemployment rate remains near a 50-year low of 3.6%, with hiring and wage growth remain strong. “It doesn’t make sense that the economy would be in a recession with this kind of thing happening,” Powell added.

Still, the U.S. economy is slowing, having contracted by 1.6% during the first quarter. The Bureau of Economic Analysis will give its first of three reads on the second-quarter GDP performance on Thursday.

Despite the Fed’s aggressive plans to raise rates, Powell suggested that it could slow the pace and size of future rate hikes if the economy cools.

With inflation still at record levels and markets still in bear country (and possibly facing recession), active management can help navigating choppy waters. Analysis by Morningstar shows that 62.9% of U.S. equity funds beat their benchmarks through the end of May. For the category, the average excess return was 1.36%.

“Active managers have the flexibility to take advantage of market volatility and add to favored positions when prices become more attractive,” said Todd Rosenbluth, head of research at VettaFi.

Within equities, investors preferred domestic equity exposure to international and value to growth. Notably, ETFs focused on yield via a dividend tilt and/or an options overlay were leaders.