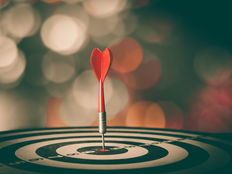 Finding Opportunities After the Rebound

Even for those of us who saw reasons for hope this past spring, the market’s resilience in the face of the pandemic has been extraordinary. Consider the duration of the bear market: Having plunged by about a third from its record high on February 19, the S&P 500 Index established a bottom a little over a month later, on March 23—by far, the shortest span in history. The index then moved to a new record high on August 22, marking just 126 trading days from peak to peak—another record, and over 10 times faster than the average recovery period of 1,542 trading days.1

Not all asset classes have followed this V-shaped recovery pattern, however. This has especially been the case in terms of the historic outperformance of growth stocks over value shares. Some international markets remain well off their pre-coronavirus highs, and returns in credit markets have also varied widely. What follows is a summary of the perspectives of where we stand now from several portfolio managers whose mandates together cover a wide range of asset classes.

Scott Berg manages the Global Growth Stock strategy, giving him a broad perspective on how the pandemic has combined with technological disruption to upend markets and economies. Scott observes that the monetary and fiscal response from governments around the world has been “truly breathtaking” and without parallel in history. In the U.S. alone, Congress has approved relief packages totaling USD 2.4 trillion, or over 11% of gross domestic product (GDP), while the Fed has engaged in twice as much quantitative easing in a few months as it did during the entire global financial crisis (GFC) from 2008 to 2010. Scott also notes that governments have done a much better job of spreading the benefits of stimulus widely than they did during the GFC, when populist outrage grew over bailouts targeted at the big global banks.

Despite the market’s steep ascent this summer, Scott is still finding investment opportunities. Valuations are somewhat elevated relative to history, but Scott believes they are reasonable assuming a continued healing in global economies—a recovery that might take global GDP back to its pre-COVID-19 level by the middle of 2021. Scott also notes that ultralow interest rates in developed economies and sharply falling rates in emerging markets mean that valuations can be meaningfully higher. In terms of specific opportunities, Scott has been trimming some of his big winners and focusing more on banks and materials stocks, which have tended to do well early in equity cycles. He’s also especially interested in “demographically blessed” emerging markets with young and fast-growing populations, such as India and Vietnam, that have boasted higher structural growth rates and low debt levels.

To their chagrin, no doubt, U.S. value managers haven’t had to worry much lately about trimming big winners. The pandemic has led investors to favor internet giants and other firms serving the stay-at-home economy at the expense of slower-growing firms already struggling with cyclical pressures and technological disruption. As a result, the valuation gap between growth and value has reached its highest level since the early 2000s.

Heather McPherson and John Linehan, two the U.S. value managers, think that the gap will eventually moderate, although they are not trying to call the timing of a turn in the growth-value performance cycle. Instead, they are focused on using the firm’s research to try to find high-quality firms that appear to be trading below their intrinsic value. This approach does not guide any sector-level allocation decisions, nor does it point them toward the cheapest stocks—some of which may be cheap for good reason.

In the financial sector, for example, valuations have fallen sharply as a result of worries over banks’ exposure to bad loans, while insurers are facing the prospect of higher claims resulting from the pandemic. Lower interest rates have squeezed lending margins and put further pressure on the sector. Heather and John see potential in idiosyncratic, company-specific factors that offer potential upside, however. For example, some companies have the potential to cut costs. Investor concerns over credit risk might also be overstated, in some cases, following business changes made in the wake of the GFC.

Being Prepared for a Growth-Value Rotation

Ray Mills invests across the spectrum of growth and value in his longtime role as manager of the Overseas Stock Fund. Ray is currently seeing opportunity in both growth and value shares, although he thinks that the gradual reopening of the economy will eventually favor value—and history suggests the turn could be dramatic when it comes. For this reason, Ray cautions that investors should consider maintaining some exposure to value in their portfolios.

Drilling down to the level of individual sectors and industries, Ray is particularly interested in companies with solid long-term growth prospects but that are currently facing cyclical struggles, which have pushed down their share prices. For example, he’s currently seeing opportunities in some industrial firms with volatile cash flows. Ray also thinks the ongoing trade war between the U.S. and China is creating some emerging opportunities for companies based elsewhere. In particular, he thinks European firms are poised to take some 5G telecom equipment markets away from Chinese giant Huawei.

Focusing on Issuers Positioned to Weather the Storm

Mike Della Vedova, who co-manages the Global High Income Bond strategy, thinks a slow return to normalcy awaits a vaccine and is likely to broadly favor investors in high yield bonds. High yield bond spreads—the additional yield offered over U.S. Treasuries and an inverse measure of the sector’s relative appeal—have come down sharply since investors fled the sector in the early stages of the pandemic. Mike expects spreads to remain generally steady in the coming months assuming the global economy gradually heals, which should allow investors to continue enjoying attractive current income.

Mike thinks certain sectors and industries also offer the potential for price appreciation. Mike is especially interested in issuers whose bonds have sold off as their markets have struggled but who also have the potential cash flow to weather the storm. The pandemic has upended the global auto market, for example, but Mike believes that some auto parts makers are trading cheaply and are poised to recover. At the same time, Mike cautions that many less resilient firms won’t survive. Mike and his team currently expect that around 9% of U.S. high yield issuers will default in 2020, while around 5% of their European counterparts will suffer the same fate.

Looking Beyond the Benchmarks

Focusing on the performance of the headline benchmarks inevitably obscures important disparities in the performances of individual sectors, regions, and companies. I believe one advantage of T. Rowe Price’s extensive research platform and strategic investing approach is that we keep an eye on outliers where other investors are underestimating the long-term potential for further gains. No matter where the indexes go from here, I will look forward to updating you on where T. Rowe Price global teams’ of investment professionals are seeing those opportunities in the months to come.

This material is being furnished for general informational and/or marketing purposes only. The material does not constitute or undertake to give advice of any nature, including fiduciary investment advice, nor is it intended to serve as the primary basis for an investment decision. Prospective investors are recommended to seek independent legal, financial and tax advice before making any investment decision. T. Rowe Price group of companies including T. Rowe Price Associates, Inc. and/or its affiliates receive revenue from T. Rowe Price investment products and services. Past performance is not a reliable indicator of future performance. The value of an investment and any income from it can go down as well as up. Investors may get back less than the amount invested.

The material does not constitute a distribution, an offer, an invitation, a personal or general recommendation or solicitation to sell or buy any securities in any jurisdiction or to conduct any particular investment activity. The material has not been reviewed by any regulatory authority in any jurisdiction.

Information and opinions presented have been obtained or derived from sources believed to be reliable and current; however, we cannot guarantee the sources’ accuracy or completeness. There is no guarantee that any forecasts made will come to pass. The views contained herein are as of the date written and are subject to change without notice; these views may differ from those of other T. Rowe Price group companies and/or associates. Under no circumstances should the material, in whole or in part, be copied or redistributed without consent from T. Rowe Price.