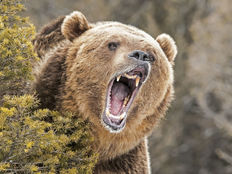 How Active Management Protects Against Bears

Bank of America lowered its target for the S&P 500 this year by 900 points, to 3,600, forecasting a “mild” U.S. recession starting in the second half of 2022 and expecting the Federal Reserve to “pivot” in 2023. In a research report released Thursday, equity and quant strategists at Bank of America called the new year-end target “the lowest on the Street.”

And BofA is not alone in its revised — and pessimistic — assessment. As reported by MarketWatch, Citigroup and Credit Suisse have also recently lowered their estimates for the S&P 500 after the market took a hit in the first half of 2022.

The S&P 500 has fallen 20.5% this year. The index fell for a fifth consecutive day Thursday, according to Dow Jones Market Data, its longest losing streak since June 14. Adding to the grim economic news, the Labor Department reported earlier this week that inflation rose 9.1% in the 12 months ended in June, the fastest pace since November 1981. This exacerbated investor fears that the Fed will continue its hawkish path of aggressive rate hikes, which many analysts believe could lead to a recession.

BofA strategists expect the Fed to pause in the first half of 2023 and begin reducing rates in the second half of 2023. “The Fed is forecast to hike to 3.25%-3.5% by year-end,” strategists wrote.

Such an environment can give active stock managers a chance to shine. With inflation the highest it’s been in four decades and interest rates rising, markets are expected to remain volatile. In such a volatile market, passive ETFs may not offer protection against downside risk. They also don’t offer investors a way to seek above-average returns.

Active equity ETFs have been outperforming their passive peers, with more than half of U.S. stock funds outperforming the average passive portfolio year-to-date through May 30, according to Barron’s. This is up from 45% in 2021.

And active funds have also mitigated losses during the bear market. The average annual return through May for active large-cap value funds was -4% compared with -7.3% for comparable passive funds. Active small-cap core funds, meanwhile, returned -10.9%, versus -13.1% for passive peers.

“We’re seeing growing demand for active ETFs as advisors build ETF portfolios that own more than just index-based products in an effort to outperform the broader market in a risk-conscious approach,” said Todd Rosenbluth, head of research at VettaFi.