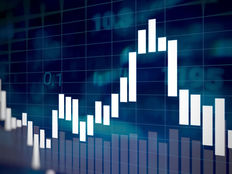 Returning to Growth via the TCHP ETF

More than seven months into 2021, are likely investors acquainted with the factor landscape at this juncture, at least as it pertains to the ever-popular growth/value debate.

Owing to the economic cycle and the reopening/reflation trade, value stocks trounced their growth rivals for much of the first half of the year. In reality, momentum for value started shifting late last year, ending a more than decade-long run in which growth frequently and easily outpaced value.

However, investors should remember that factor leadership is fluid, not static, and with that in mind, it appears growth is perking up again. That could refresh the case for exchange traded funds, including the T. Rowe Price Blue Chip Growth ETF (TCHP). TCHP’s lineup is primarily large- and mega-cap stocks, which is pertinent because that’s the cap spectrum where value’s advantage over growth is the smallest on a year-to-date basis.

“As of June 30, value’s lead over growth varied widely across different market capitalizations. Small-value funds led over growth by 14.8 percentage points, but large-cap value funds led by only 4.7 percentage points,” says Morningstar analyst Katherine Lynch. “Performance has diverged the widest for small-cap funds. Small-value funds were up 27.0% in the first six months of the year, while small-growth funds averaged only a 12.2% return, a nearly 15-percentage-point gap.”

Another relevant point in TCHP’s favor is that there is an element of quality with this actively managed fund. Broadly speaking, quality stocks are currently undervalued relative to value rivals. In the case of TCHP, investors don’t have to pay up to access a basket of stocks with stout growth prospects.

Additionally, TCHP is positioned to capitalize on declining Treasury yields while avoiding some of the volatile, commodities-linked fare that propelled value higher in the first half of the year.

“Value funds posted their best quarter versus growth in 20 years in the first quarter as the energy and financial-services sectors soared as interest rates rose and inflation fears were widespread,” adds Lynch. “But in the second quarter, revised inflation expectations, a steep decline in 10-year Treasury rates, and the possibility of a slower economic recovery jilted investors, and they returned to growth funds. Strong tech earnings also bolstered growth funds in the second quarter.”

It pays to remember that past performance isn’t a promise of future returns, but TCHP does have some compelling history on its side.