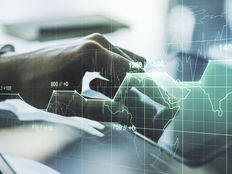 The CEO of $1.6 trillion active asset management firm T. Rowe Price, Bill Stromberg, warned investors before he steps down at the end of the year to “step away from risk,” on the grounds that markets have ballooned on speculation, reports the Financial Times.

Markets have become more and more speculative with the introduction of government spending combined with an easy monetary policy from the Fed, leading to an environment that has many investors positioned in higher-risk assets. The strong markets in 2021 have been driven by this combination as well as high consumer demand, resulting in indexes logging record performances for much of the year.

“Over [the] last two years there has been a way above-average amount of speculation,” said Stromberg in an interview with the Financial Times. “We’ve been in a cycle where there has been very free-form risk-taking.”

He believes that the outperformance has been largely driven by a small number of the biggest companies that are currently overvalued, while the remainder of the market has been “picked over” by advisors and investors looking to find pockets of opportunity. In short, markets are currently very concentrated, which could ultimately create significant problems, should the economy pull back more significantly next year.

Stromberg also believes that investors should move out of strategies and positions that have worked in the last year to three years, in order to not be overexposed to risk. “Even if they are a year too early. Because when the market unwinds, it will be areas of risk that unwind the most,” he said.

“Investors should remain disciplined,” Stromberg said. “I can’t tell you when that period of speculation will end, but it won’t be sustained.” In an environment of highly concentrated investment and heavy allocation into risk and speculation, active management is more valuable, according to Stromberg.

T. Rowe Price has been one of the few active management firms to have grown exponentially in a largely bull market where retail investors could somewhat easily outperform large, active firms. Shares for the investment management firm have grown more than 150% in the last five years, and assets under management have doubled over that same time period.

The active management firm came to prominence when picking major tech names such as Twitter, Uber, and, more recently, the eyeglasses supplier Warby Parker, before they went to IPO. The company has managed to outperform the S&P 500 over the course of the last five years when many active management companies have faltered or failed, but they have underperformed the astronomical growth of the Nasdaq Composite, which has increased 200% over the same period.

Active management really “boils down to who can deliver and beat passive over the long term. We’re one of half a dozen scaled firms that have done that well over time,” Stromberg said. He has been with the firm for 34 years, was CEO for five years, and will be succeeded by Rob Sharps, the current CIO of T. Rowe Price.