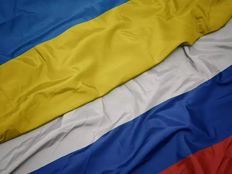 What T. Rowe Price Is Watching in the Ukraine Crisis

The sanctions placed on Russia in response to its invasion of Ukraine have severely limited the Bank of Russia’s ability to defend the ruble, and additional sanctions on Russian banks and sovereign debt are likely, according to a recent white paper from T. Rowe Price.

According to the paper, the sanctions placed on Russia could reduce the country’s gross domestic product per capita by 30% over time. Through sanctions, the Russian central bank can also no longer access its U.S. dollar and euro reserves in foreign central banks.

This has severely limited the Bank of Russia’s ability to defend the ruble through buying rubles in exchange for dollars or euros. On February 28, the ruble dropped by roughly 30% even after the central bank raised its benchmark short‑term lending rate to 20% from 9.5%, and the country applied some capital controls to stop the decline.

All of this could result in Russian banks becoming insolvent, according to T. Rowe Price. Russian banks have significantly reduced their foreign lending. Sberbank, the largest bank in Russia, for example, has only 12% of its outstanding loans in U.S. dollars. And while the Bank of Russia has been doing what it can to support the country’s banks, sanctions are putting meaningful pressure on them.

“If the West imposes more sanctions and Russia’s commodities exports are disrupted, the Russian banking system would be in significant danger,” the paper states.

Watching For A Default

Another question is whether Ukraine or Russia could default on its sovereign debt. While Ukraine has committed to paying its debt obligations and is likely to receive tremendous financial support from Western countries, it could still default. A lot depends on the eventual territorial integrity of the country and its government’s dedication to improving long‑term growth and debt payment capacity.

Meanwhile, sanctions could post difficulties for Russia paying coupons on its sovereign debt and perhaps some corporate bonds, so some defaults could be expected.

When considering the impact of rising commodities prices on interest rates and the global economy, T. Rowe notes that “wars are inflationary in general.” This is particularly true coming out of a pandemic when both countries are major producers of energy and agricultural commodities. Russia also accounts for a large percentage of global industrial commodities.

Regarding global interest rates, the conflict could create a “push and pull” situation where higher inflation could offset weaker financial conditions. While this is unlikely to alter major global central banks’ tightening plans over the next few months, it could affect how high central banks raise rates over the long term.

T. Rowe Price points out that “the positive momentum of the Chinese economy as it emerges from a major fiscal tightening cycle and the strength of the U.S. labor market coming out of the pandemic should keep the global economy from entering recession.”

Looking forward, Ukraine becoming “neutral and nonaligned” between Russia and the West could be a sign of an improving equities environment. However, Russia’s reported targeting of civilian areas is worsening the humanitarian situation as well as the investment environment. Russia could withdraw its forces after bringing Ukraine’s shale gas production areas under its control, which would be preferable to a prolonged war.

“The unprovoked invasion of a country is certainly unusual in recent history, as well as tragic, and these types of sanctions have never been applied to a country the size of Russia,” the paper states. “Nevertheless, we can draw on our decades of experience investing in emerging markets across asset classes, including during times of volatility sparked by sanctions. The lens of history can be informative.”