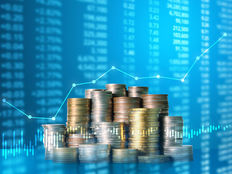 How Is Merger Arbitrage Positioned in this Environment?

The outlook for merger arbitrage continues to look constructive with robust deal pipelines.

The largest deal announcement, as of January, has been Microsoft’s bid to acquire gaming company Activision in an all-cash deal valued at $68.7 billion. The deal is currently trading at an unusually large spread of approximately 20% annualized with a market implied probability of closing of 60%, according to Reny Mathew, senior regional consultant, and Thomas Macior and JT Fucigna, both senior regional directors and client portfolio managers — alternative investments, all of Westchester Capital Management, an affiliated manager of Virtus Investment Partners.

Chinese regulators approved the XLNX/AMD deal, paving the way to completion as well as providing more optimism for other deals needing Chinese Regulatory (SAMR) approval. This has been a key performance driver for funds such as The Merger Fund (MERIX), according to Fucigna, Macior, and Mathew.

In the current environment, deal spreads have widened out and are at attractive levels both historically and relative to other asset classes.

Deal spreads continue to be quite bifurcated between the high probability outcomes that WCM seeks and those that contain more uncertainty and a higher degree of risk.

For example, the 10 deals with the largest annualized profit opportunity ranges from 369% (JOBS/Garnet Faith Limited) to 29.97% (AZPN/EMR), according to Fucigna, Macior, and Mathew.

Despite spreads widening during the month, Westchester’s funds held their own and offered good returns relative to both peers and other asset classes.

Westchester has long approached merger arbitrage and the broader event-driven space from a more conservative perspective that seeks to evaluate each deal on its own merit and identify high probability outcomes that offer clients the best return per unit of risk taken on their behalf.

Additionally, Westchester seeks to diversify away and/or hedge any exogenous risks in the portfolio so that its return is predicated almost solely on capturing the deal spread or risk premium of an event — each investment the firm makes must be announced and have a date with destiny.