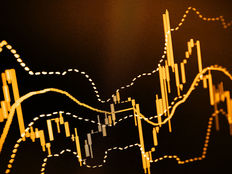 Merger arbitrage is an absolute return strategy of investing in companies involved in pending mergers, takeovers, and other corporate reorganizations, with the goal of profiting from the completion of these transactions.

In the simplest form of a merger arbitrage opportunity, the buyer makes an offer for the target stock, almost always at a premium to the market price, according to Virtus Investment Partners.

By purchasing the target company at a discounted price in the open market, the arbitrageur positions itself to receive the difference between the offer price and the current share price when the deal closes, earning a spread.

The size of this discount is influenced by general market conditions, as well as by deal-specific considerations that affect the transaction’s timing and perceived probability of success, according to Virtus.

The arbitrageur stands to make a potential return upon the successful closing of the deal regardless of whether the market goes up or down during the pendency of the transaction because the value of the consideration to be received is a fixed dollar amount.

Investment returns are driven primarily by the outcome of the specific transaction rather than the direction of equity or bond markets.

When considering a deal, according to Virtus, merger arbitrage managers must: