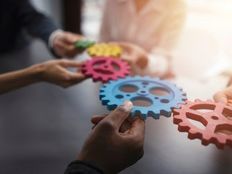 Merger Arbitrage Made Simple With MERIX

Rising interest rates, persistent inflation, and concern that the economy is slowing are among the factors pressuring both bonds and equities this year.

One way of looking at that scenario is as an opportune time for investors to consider alternative investment strategies, including merger arbitrage. The Merger Fund (MERIX) brings the benefits of a professional strategy and active management to everyday investors.

For investors who aren’t familiar with merger arbitrage, it’s a concept that initially sounds daunting, but in reality, it’s easy to understand. Moreover, via active management, MERIX alleviates the burdens investors face in getting acquainted with this strategy.

“Merger arbitrage is an absolute return strategy of investing in companies involved in pending mergers, takeovers, and other corporate reorganizations, with the goal of profiting from the timely completion of these transactions,” according to Virtus.

What makes MERIX a solid idea for investors looking for portfolio diversification and reduced correlations is that various mergers and acquisitions aren’t necessarily correlated to one another. For example, Microsoft’s (NASDAQ:MSFT) effort to acquire Activision (NASDAQ:ATVI) has essentially no bearing on similarly large takeovers in, say, the healthcare sector.

MERIX also makes it easy for investors to comprehend arbitrage, which in simple terms is the target’s stock trading at a discount to the suitor’s offer on speculation that the deal won’t make it to the finish line. For example, ABC Inc. offers to acquire XYZ Corp. for $50 per share when the target is trading at $35. It’s possible that XYZ stock jumps to $45 or so, but it’s unlikely that it goes all the way to $50 because a merger announcement is much different than confirmation that a deal is closing.

“The size of this discount, known as the arbitrage spread, is influenced by general market conditions, as well as by deal-specific considerations that affect the transaction’s timing and perceived probability of success. Merger arbitrage managers try to profit from this spread while hedging their positions against a variety of risks,” noted Virtus.

Bottom line: MERIX can act both as a portfolio diversification tool and one that can damp volatility while providing steady returns and protection against rising interest rates.