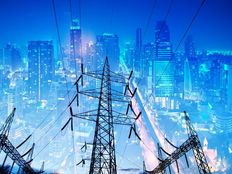 Under the Hood of Utilities ETF UTES

Active exposure is rare among sector funds, especially with respect to utilities, which is one reason why investors favor the Virtus Reaves Utilities ETF (UTES ).

According to Morningstar, despite being actively managed, the fund has an expense ratio of 49 basis points, maintaining a sizeable cost advantage over competitors.

The managers behind UTES use fundamental, growth, and risk-based metrics looking to outperform the broader sector from a total return perspective. Examples of the metrics include capital structure, historical earnings growth, and share price volatility, according to ETF Database.

This strategy targets smaller plays than its peers’ average in the Utilities Morningstar Category. UTES, comprising 22 holdings, also offers more concentrated exposure to utility stocks than its peers. 64.57% of the fund’s assets are in its top 10 holdings, as of March 22.

The risk-adjusted performance only continues to make a case for this fund. According to Morningstar, the share class had a higher Sharpe ratio than the index over the trailing five-year period.