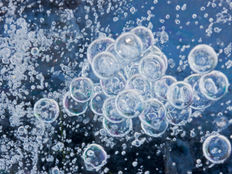 Global carbon dioxide and greenhouse gas emissions continue to rise at alarming rates, with an estimated 33 billion tons of CO2 estimated to be released into the atmosphere by the end of 2021 alone, reports The Wall Street Journal. Governments, investors, and consumers are all beginning to put major pressure on companies to begin finding solutions to reduce their emissions, leading to some creative solutions in greenhouse gas reduction and capture.

The carbon capture industry is estimated to be worth $15 billion by 2027, and there are increasing variations of technology being created and used within it. One such example is the CO2 vacuum that was created by a Swiss startup, Climeworks, and is backed by companies such as Audi and Microsoft. Coca-Cola has gone a step further to utilize the captured carbon dioxide in their products.

“We believe it’s one of the solutions to fight climate change,” said Patrick Wittweiler, head of operational sustainability of Coca-Cola HBC Switzerland, in an interview with WSJ. “30 percent of our production is done with the recycled CO2 from Climeworks.”

The CO2 vacuum in Switzerland is one of the largest in the world and is comprised of 30 ventilators in a system that is estimated to be able to pull 1,500 tons of CO2 from the air annually. It is an expensive system, however, and it still requires a fair amount of electricity to run. The long-term goal is to make the technology scalable while reducing costs.

The cost of the recycled CO2 used by Coca-Cola is more expensive than what is commercially available, but it is an investment the company is making in efforts to reduce emissions and their carbon footprint. Other types of carbon capture products using the recycled CO2 include toothpastes, plastics, and fuel.

Climeworks has also expanded their carbon-pulling operation to a new facility in Iceland, an expansion that has been funded partially by Microsoft and should be able to pull four times as much CO2 as its Swiss counterpart.

PLDR invests larger percentages of its portfolio in fewer stocks, and the companies invested in by PLDR exhibit creative, proactive leadership in the sustainability issues that create long-term success, both for the companies themselves and the larger community.