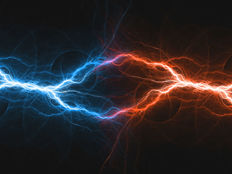 Supply chain issues are having huge impacts across broad sectors of the global economy, but few are feeling it as tightly as the automotive industry, which is facing catastrophically short supplies of semiconductor chips on top of the generalized supply woes. It’s driving many auto makers to bring battery production back to their own countries in an effort to meet the demands of a rapidly growing market for electric vehicles.

Previously, there has been an inertia within the combustion engine side of manufacturing towards electric conversion and battery production, with most companies choosing to outsource the costly parts to other countries. Now, with the unreliability of delivery, the skyrocketing costs of shipping batteries that can weigh thousands of pounds, and the Biden administration encouraging making supply chains local, car manufacturers are looking at increasing local production of more parts, reported CNBC.

It is estimated that companies in the global electric vehicle industry will be investing $330 billion in the next five years, with roughly a third of that going towards battery production believes AlixPartners, an American consulting firm.

All plug-in vehicle sales only account for 4% of sales in the U.S. auto markets this year, but that number is expected to grow to 28% by 2030.

“There’s the rapid electrification that’s going to happen, plus the Covid-19 semiconductor shortage has really taught us that we need to do more than just rely on battery as a commodity,” said Arun Kumar, a managing director in the automotive and industrial practice at AlixPartners. “You’re going to see this accelerate even more, in our viewpoint, primarily because localization becomes an important factor, if you really think about producing batteries at scale.”

Thematic Investing Into the EV Industry With Putnam

The Putnam Focused Large Cap Growth ETF (PGRO B) is an actively managed, non-diversified fund that focuses on large, growth-oriented U.S. companies that profit in the midst of recovery and a growing economy, and it invests along 12 different growth themes.

The fund selects companies similar in size to those in the Russell 1000 Growth Index, whose market caps are between $2 billion and $2.1 trillion. Putnam Investment considers a company’s valuation, financial strength, growth potential, competitive position in its industry, projected future earnings, cash flows, and dividends when buying and selling investments.

One of the growth themes is that of autonomous and electric vehicles, a market that is poised to experience exponential expansion. PGRO invests 4.19% in NVIDIA (NVDA), which produces graphics processing units (GPUs) used in AI, a necessary component for autonomous driving. NVIDIA currently corners 60% of the GPU market share and stands to profit from the growth of electric and autonomous vehicles.

PGRO has an expense ratio of 0.55% and had 40 holdings as of the end of September.