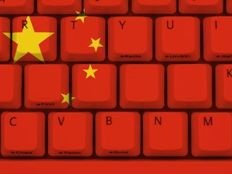 Some of China’s headwinds have begun turning to tailwinds, and while the country is still combating COVID-19 outbreaks, on the regulatory side, there has been reprieve for some of the biggest growth industries. China’s technology sector has been hit particularly hard in the last year, but with the policy focus officially concluded on internet platforms and with potential headway being made between China and the U.S. regarding the Holding Foreign Countries Accountable Act, there are now tailwinds and opportunities for some of the largest growth drivers in China.

KraneShares recently released its quarterly earnings report for China’s internet sector and the KraneShares CSI China Internet ETF (KWEB B) that tracks it, diving into the subsector performance and outlook going forward. We took a look at some of the top exemplifiers of the space.

Within logistics, Full Truck Alliance, dubbed the “Uber of trucking," which works to enhance trucking efficiency by preventing empty loads for trucks, has made strong headway in 2022. In the first quarter of 2022, the company grew its revenue 80% year-over-year, and its shares have grown as well (9% year-to-date), a rarity in an environment where fundamentals have consistently been underpriced, according to KraneShares.

Search engine companies have exhibited strong growth, such as Baidu’s year-over-year revenue growth during the first quarter as it has worked to expand its cloud services side. Zhihu, another search engine that is similar to Quora, is an exemplifying case of the struggles that China’s internet sector has faced with fundamentals versus sentiment. Year-to-date, Zhihu’s share prices are down 64%, but it has grown its revenue 119% over the last 12 months, growing its user engagement and paid subscription service.

“The company was likely caught up in the onetwo punch of negative sentiment toward China internet followed by a growth equity selloff in the US.,” KraneShares wrote. It’s a trend that has repeated over and over for many of China’s internet companies.

Cloud services in China are anticipated to almost double by 2024, and yet major firms like Kingsoft Cloud are currently down 70% year-to-date. Admittedly, the company initially missed expectations due to the pandemic, but it has since experienced strong growth in its cloud enterprises and has caught up on delayed projects. With regulations now over for the space, major internet companies are expected to move strongly into it, and Kingsoft offers cloud services for those internet companies currently without.

E-commerce has had an extremely challenged time of late due to the fall of consumer spending in China over the latter half of 2021 and 2022’s first quarter. It looks to be turning around, though, with companies reporting record sales over the June 18 shopping holiday in China this year.

“We continue to believe that these firms are the transition engines of China’s consumer economy. Their economic importance has now reached a saturation point at which they are bellwethers of the Chinese consumer,” KraneShares wrote.

There is opportunity for those investors who believe there are tailwinds for the internet sector, as many of the companies have extremely low valuations but high cash to market cap ratios; see Alibaba’s 38% and Baidu’s 57%.

“China Internet continues to trade at a steep discount to US internet, despite the severe market downturn in the latter so far this year, with a current forward price to earnings ratio (P/E) that is one full standard deviation below the historical average,” KraneShares wrote.

KWEB invests in companies that develop and market internet software and services, provide retail or commercial services via the internet, develop and market mobile software, and manufacture entertainment and educational software for home use. The fund has worked to convert all possible share classes over to Hong Kong shares instead of ADRs to protect investors in case of Chinese delistings within U.S. markets.