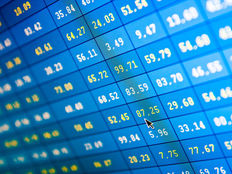 Concerns about inflation and valuations have U.S. advisors looking further afield than domestic stocks to find opportunities for growth while diversifying a portfolio. A somewhat common structure that has existed for decades when investing in emerging markets is the variable interest entity (VIE), but it continues to be confusing and unclear to many advisors.

Marcia Ellis, current global chair of the private equity group at Morrison & Forrester in Hong Kong sat down with KraneShares in a recent interview to discuss the history and role of VIEs in investing. Ellis was one of the first to figure out the use cases for VIEs within China around the time of the dot com bubble in China.

“The idea was that foreigners would invest in a company, usually a Cayman company, that has a subsidiary in China that is a wholly foreign-owned enterprise (WFOE) and that WFOE will enter into contracts with the actual licensed internet company,” Ellis explained. “Those contracts stipulate that the internet company will pay over any profits to the WFOE as consulting fees, etc. Then, another set of contracts, which we call the control contracts, gives a certain amount of control by this WFOE over the licensed entity.”

The structure came about after Enron, and it requires companies to consolidate the financials of companies they have any type of control over, including subsidiaries, for the sake of transparency. It reflects the controlling interest that the investor/company has, but they do not have majority voting rights. It’s a somewhat cumbersome structure, but it created the opportunity for investment into China as its economy grew.

VIEs have also been somewhat dubiously regarded from a regulatory perspective in China until recently. Within the last five years, there has been a policy shift, highlighted most prominently by the Foreign Investment Law. The initial draft for the law originally contained language and sentiment that was against VIEs and took years to pass; the final version did not include any anti-VIE provisions.

“The State Administration on Market Regulation (SAMR) is now forthright in saying that they will review mergers that involve a VIE structure, which is a positive sign. Before, they would not accept any merger applications involving a VIE because they did not want to imply that they approved the structure by approving the merger,” Ellis explained.

How VIEs Are Used to Invest in China

A VIE allows investment into any business, public or private, at any stage. This is commonly seen when American private equity funds want to invest in Chinese companies but are not able to because of regulations preventing investing into licensed entities. In this instance, a VIE would be created, typically with the long-term goal of a listing in the U.S. or in Hong Kong, Ellis said.

Sometimes, however, Chinese companies eventually decide that they want to list as an A-share, which foreign investors would not have direct access to. In these cases, the Cayman company used by the VIE is included in the A-share listing instead of dissolving the VIE and losing those foreign investments.

Speaking to the impact that Ellis has seen with the Holding Foreign Companies Accountable Act (HFCAA), she said, “The way I personally touch this is in my advisory work for private equity companies on take-privates of US-listed companies. Opportunities for take-privates are becoming more common as HFCAA concerns mount. As we approach the end of the three-year compliance period, there will be more pressure for the good companies to delist from the US and re-list in other places.”

KraneShares offers a wide range of investment exposures and opportunities within China, from the KraneShares CSI China Internet ETF (KWEB B) to the KraneShares Bosera MSCI China A 50 Connect Index (KBA A-) and beyond.