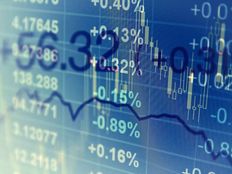 The Federal Reserve raised interest rates 0.25% at the March meeting while laying out the expectation of six more rate increases, but Federal Reserve Governor Christopher Waller has warned of a potential need for a half-point increase at least once this year to combat soaring inflation, reports CNBC.

Waller was one of the members that voted in favor of the 0.25% increase at the March meeting despite wanting more because of the uncertainty introduced by the geopolitical conflict in Ukraine. The Fed Governor is also pushing for balance sheet reductions to begin sooner rather than later and believes the process of rolling off of some of the bond holdings that the central bank owns should begin in the next month or two.

“I really favor front-loading our rate hikes, that we need to do more withdrawal of accommodation now if we want to have an impact on inflation later this year and next year,” he said on CNBC’s Squawk Box. “So in that sense, the way to front-load it is to pull some rate hikes forward, which would imply 50 basis points at one or multiple meetings in the near future.”

St. Louis Fed President James Bullard was the only one to dissent to the 0.25% interest rate increase at this month’s meeting, holding solidly onto his argument that the central bank should be raising rates by at least 0.50%. Bullard has since said that he believes the Fed should raise rates to a minimum of 3.00% this year.

“We’re in a different place than we were before,” Waller said, speaking to Fed balance sheet reductions. “We have a much bigger balance sheet, the economy’s in a much different position. Inflation is raging. So, we’re in a position where we could actually draw down a large amount of liquidity out of the system without really doing much damage.”

Advisors are increasingly recognizing that the economic growth and productivity enjoyed in the last decade are winding down, and have begun allocating into funds that are positioned better for slower growth. The Quadratic Deflation ETF (BNDD C+) is offered by KFA Funds, a KraneShares company, and is a fixed income, ESG-focused, actively managed ETF that seeks to benefit from lower growth, a reduction in the spread between short- and long-term interest rates, deflation, and lower or negative long-term interest rates.

BNDD has brought in net flows of $112.53 million since January 1, 2022, and continues to experience inflows as advisors position their portfolios for a different economic and market outlook.