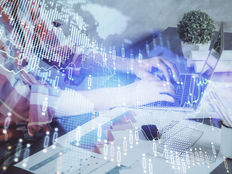 A measure of inflation within the Treasury markets has indicated that inflation should fall to less than 3% within five years, a far cry from the 7% currently being experienced. It’s a vote of confidence in the Fed’s ability to manipulate inflation, and traders are now indicating that the Fed will raise rates five times this year in quarter-point increments.

Real rates, despite their rising, are still depressed according to historical standards, with the yields on both five- and 10-year TIPS notes currently below zero. Unless real rates continue to rise or inflation expectations change, the yields on Treasury bonds could remain low even in an environment of rising interest rates.

“Either the entire inflation market hasn’t gotten the memo or they have got the memo and the memo says inflation is going to come back to normal by the end of the year,” Chris McReynolds, head of U.S. inflation trading at Barclays, said.

Economists are predicting that core consumer inflation in January will rise, but at a slower rate than the increase seen in December. It’s a potential marker that momentum may finally be slowing for consumer prices, with Barclays economists indicating that the price pressures on used cars and clothing are leveling out.

Investing in Slower Growth With BNDD