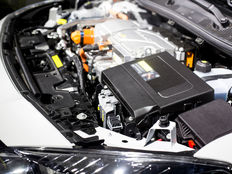 Over the summer, BYD began shipping its electric vehicles to Norway, a country that has experienced rapidly growing demand for battery-powered cars. The Chinese manufacturer is able to capitalize on its homegrown battery technology that allows for much cheaper productions costs than competitors, and it is setting its sights on other global markets as Chinese electric vehicles (EVs) stand poised to potentially dominate the global industry.

BYD got its start in the mid 1990s as a lithium battery producer for electronics geared to consumers and today harnesses its own battery technology in its line of EVs, reports Financial Times.

The battery technology that BYD employs utilizes cheaper components than the industry standards of cobalt and nickel, instead building their batteries with much more abundant sources such as iron and lithium. Additionally, the design shape of the signature batteries, dubbed the “blade,” combined with the materials means that the battery can hold 50% more energy than similarly sized batteries.

The battery components and reduced costs translate into big savings; BYD is currently offering electric cars for less than the combustion-fueled competition. It marks a major turning point for the industry as cost has been a big barrier to entry into EV ownership for many consumers.

“It’s easier for Chinese EVs to be successful than Chinese internal combustion cars because European and American automakers have a long history in making engines, it’s hard for Chinese automakers to catch up overnight,” says Ji Shi, an analyst at Haitong International Securities in Hong Kong. “But EVs are different because they are simpler in terms of their structure and Chinese automakers have better supply chains in terms of batteries.”

China has come to dominate the battery market for electric vehicles, with BYD being one of the major competitors. BYD is purportedly in talks to supply batteries to Tesla as well as enter into a joint venture with Toyota.

The index has strict qualification criteria. Companies must be part of the Bloomberg World Equity Aggregate Index, have a minimum free float market cap of $500 million, and have a 90-day average daily traded value of $5 million.