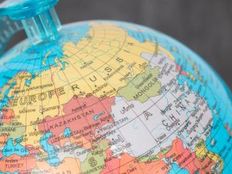 Call on KEMX for EM Rebound Without Commitment to China

When it comes to supposedly diverse emerging markets exchange traded funds, many share something in common. That being large helpings of Chinese stock — a trait that diminishes the diversification these products purport to offer.

A standard, plain vanilla emerging markets ETF often allocates roughly a third of its weight to Chinese equities. That’s fine when those stocks are rising, but it’s a drag when that market is faltering. Plus, it reduces the ability of those funds to capitalize on opportunities in other developing economies.

A newer breed of emerging markets ETFs gives investors the ability to position for an emerging markets resurgence while not relying on China to drive that rally. One member of that group is the KraneShares MSCI Emerging Markets ex-China Index ETF (KEMX C+). Recent gyrations confirm the advantages of a strategy such as the one offered by KEMX.

The proof is in the pudding. The MSCI China Index is off 13.27% over the past month. Good thing KEMX, which follows the MSCI Emerging Markets ex China Index, doesn’t hold stocks from the world’s second-largest economy. There are other reasons why KEMX could be a relevant consideration for investors seeking long-term emerging markets exposure.

“Autocracy risk can—in addition to limiting human freedom—stifle growth, prolong drawdowns, and promote capital flight. In China, trade restrictions and zero-COVID policies that shut down some of the country’s largest factories are other examples of autocracy risk,” added Solberg.

By not being directly allocated to China, KEMX also mitigates some of the regulatory risk that can act as an overhang on stocks there — a scenario that was on full display in 2021.

“And sometimes, autocracy risks can even render an investment’s value almost worthless overnight. Last year, the profitability of Chinese tutoring firms was placed at risk by a government order forcing all such companies to register as nonprofit organizations. Since January 2021, ADRs of TAL Education Group (TAL) have lost 93.9% of their value, while those of New Oriental Education & Technology Group (EDU) are down 86.7%,” concluded Solberg.

KEMX, which holds 313 stocks, features large allocations to South Korea, Taiwan, India, and Brazil, among others, in lieu of China exposure.