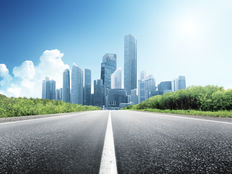 China Aims to Get Greener With One Belt, One Road

Chinese President Xi Jinping addressed the UN General Assembly Tuesday, pledging to discontinue building coal-fired power projects outside of China, reported CNN. The meeting was one of the last gatherings of UN officials before the G20 meeting in October and the climate conference in November and saw pledges from several countries regarding emission reduction.

In a pre-recorded message, President Xi said that China would no longer finance coal-fired power plants abroad and would instead be shifting its focus to green and low-carbon energy options. The Green Belt and Road Initiative Center, which surveys and analyzes the One Belt, One Road Initiative, found that China had planned $160 billion in coal-fired plants between 2014 and 2020 worldwide.

China is currently the number one consumer of coal globally, and this shift in priorities for the One Belt, One Road Initiative is part of a continued effort by the Chinese government to curtail emissions. Current plans by Beijing aim for capping carbon emissions by 2030 and being carbon neutral by 2060, ten years behind the Paris Agreements timeframe.

The One Belt, One Road Initiative was begun in 2013 by China and is an overarching global infrastructure development strategy that constitutes the basis for China’s foreign policy. It includes signing agreements with 134 countries and international organizations, and it builds things such as railroads, ports, roads, airports, etc. along historic trade routes between Asia and Europe.

The project aims to be completed by 2049 and has the potential to add over $7 trillion to the global GDP according to a report by global economic consultants CEBR and sponsored by CIOB (the Chartered Institute of Building).

OBOR Invests in the Beneficiaries of the Initiative

As China works to overhaul its energy sector and expand renewable technology into its One Belt, One Road Initiative, investors looking for exposure to China contained within a global emerging markets investment approach might want to consider the KraneShares MSCI One Belt One Road ETF (OBOR).

OBOR is benchmarked to the MSCI Global China Infrastructure Exposure Index, which tracks companies that have a high revenue exposure to the One Belt, One Road initiative based on their industry classification. The index includes countries from emerging and frontier markets and excludes developed markets such as Australia, Hong Kong, Japan, Korea, Taiwan, the Americas, and most European markets.

On rebalance, the index weights 45% to Chinese issuers and 55% to other countries; issuers are weighted based on free-float market capitalization, with no country (excluding China) comprising more than 10% of the index. The index also includes securities from all market caps.