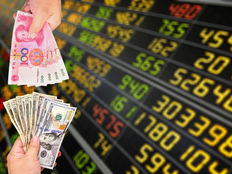 According to BlackRock data, both U.S.- and Europe-listed China ETFs attracted record inflows, with U.S.-listed ETFs bringing in a net $4 billion and those domiciled in Europe, the Middle East, and Africa region attracting $1.8 billion in inflows, the Financial Times reports. The combined $5.8 billion in inflows toward China country-related ETFs exceeded the previous record of $4.3 billion set in January.

In comparison, Emea investors yanked money away from both U.S. equity ETFs to the tune of $900 million in outflows and $800 million from European equity ETFs.

The infusion of cash into the Shanghai and Shenzhen bourses comes after Beijing rolled back its severe zero-tolerance Covid-19 lockdown measures, and regulators appeared more forgiving in its approach to monitoring China’s tech sector almost a year after a series an unprecedented crackdowns downs.

“European investors are not really buying US equities, not really buying Europe, but they are buying China. That’s a marked change in global flows,” Natasha Sarkaria, investment strategist at BlackRock, told the Financial Times.

Phillip Wool, head of investment solutions at Rayliant, an emerging market-focused asset manager, attributed the renewed interest in Chinese markets to two factors. Chinese technology companies had become “oversold” with “a lot of signaling that the regulatory crackdown that started a year-and-a-half ago has reached its peak and Chinese regulators want to become more collaborative with these tech companies.”

Additionally, Wool argued that “when the Covid lockdown eased in May, it allowed China to pump stimulus into the economy” through interest rate cuts, fiscal stimulus, and higher infrastructure spending.

In comparison, U.S. equities look “terrible” as the Federal Reserve “looks pretty locked into a series of rate hikes,” and Wool believed the Chinese stock rally could have legs “for most of this year, and maybe beyond” as investors turn to diversify their global exposure.