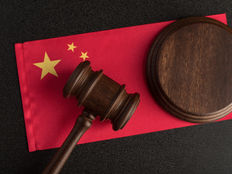 The rout in China country-specific exchange traded funds continued Friday as Beijing expanded the scopes of its regulatory crackdown.

“Evolving government policy initiatives are weighing on sentiment and causing some uncertainty,” Catherine Yeung, investment director at Fidelity International, told the Wall Street Journal, adding that regulation in China is “a constant,” and investors have to factor that into their assessments of companies’ long-term business outlooks.

Commentaries and reports in state media focused on tougher oversight across a number of industries to protect consumers, as President Xi Jinping addressed inequality. The increased scrutiny across various industries has weighed on Chinese equity markets, with global institutions dumping $1 billion in of mainland shares through trading links on Friday alone.

“With regulation worries and the beginning of a downturn in economic growth, it’s extremely hard to make money right now,” Hou Anyang, fund manager at Frontsea Asset Management in Shenzhen, told Bloomberg. “At this rate even the winning stocks in electric vehicles and chips may not stay strong much longer.”

Fueling the uncertain regulatory outlook, Chinese President Xi Jinping said earlier this week that Beijing will more assertively promote social equality, or “common prosperity.” He stated that high-net-worth individuals and companies in China will have to give more back to society or help promote opportunities for others to grow rich, according to the state-run Xinhua News Agency.