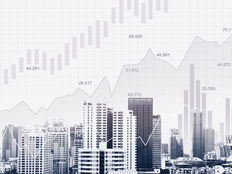 The People’s Bank of China this week implemented easing measures that have made some investors believe that the worst may be over for Chinese equities and China’s focus has shifted to supporting growth, the Wall street Journal reports.

“People are taking the view that China will do more to stimulate its economy,” Justin Tang, head of Asian research at United First Partners, told the WSJ, adding that rate cuts were taken by some as a signal to pick beaten-down stocks back up.

Further supporting the risk-on sentiment, Chinese regulators are drafting rules to provide cash-strapped Chinese property developers access to funds from apartment sales that are currently held in escrow, which some argued could ease pressure on the companies’ finances and help support the region’s troubled property market.

China’s central bank has cut a pair of lending benchmarks, including a common rate for mortgages. The PBOC reduced its one-year loan prime rate for commercial banks to price loans and some bonds by a tenth of a percentage point to 3.7%. It also cut the five-year loan prime rate by 0.05 percentage points to 4.6%, the first reduction since April 2020.

The changes come after a reduction earlier in the week in the one-year medium-term lending facility rate, or what the central bank lends to large commercial banks.

The market is hopeful thanks to the “meaningful signs of easing coming through,” Louisa Fok, China equity strategist at Bank of Singapore, told the WSJ

“The [Chinese] government is concerned about downward pressure on economic growth, and we expect more targeted easing,” Fok added.