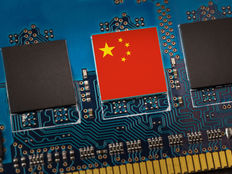 China ETFs Weaken as Beijing Cracks Down on Tech Again

China ETFs that don’t track the China A-shares market or Chinese companies listed in overseas exchanges took the brunt of the hit on Friday. For instance, the SPDR S&P China ETF (GXC A+) declined 3.4% and the iShares China Large-Cap ETF (FXI A) decreased 2.7%.

“People have to take into account the regulatory risk that comes with investing in these stocks,” Greg Taylor, chief investment office at Purpose Investments, told Bloomberg. “As much as there’s a ton of upside, there’s also a lot of risk.”

A group of Chinese online education stocks were among worst performers on Friday. Chinese regulators have been scrutinizing education companies for months as part of a broader policy to rein in the country’s rapidly growing technology sector.

If the central government’s policies for education companies do materialize, they will “effectively make the sector un-investable,” JPMorgan Chase & Co. analyst DS Kim told Bloomberg. “We think it’s best to avoid the sector until clarity emerges,” he said.

Last month, China’s market regulator fined 15 tutoring companies a total of $5.7 million for false advertising and fraudulent pricing, the Wall Street Journal reports. Additionally, a new office was even set in the Education Ministry to oversee the burgeoning tutoring industry.

This latest crackdown came after officials were believed to be looking into unprecedented penalties for Didi Global Inc, the ride-hailing giant that became the latest high-profile victim of Chinese regulatory oversight, which sent its stock price plunging to roughly half the high hit in July shortly after its closely watched initial public offering.