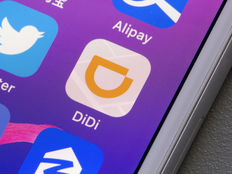 China’s largest ride-hailing app, Didi Chuxing Technology Co. (DIDI), began trading Wednesday on the New York Stock Exchange with a valuation near $80 billion, as reported per CNBC, in one of the largest U.S. IPOs in the last 10 years.

Didi remains centrally focused on the Chinese markets, but has grown into 14 other additional regional markets outside of the country.

Didi capitalizes on the extreme price of personal vehicle ownership in China, as well as its local brand recognition and familiarity and expertise in dealing with Chinese regulators and Chinese markets.

The company is branching out into autonomous and electric vehicles and is pushing forward with autonomous taxis and testing self-driving cars in Beijing, having taken over from Uber after the company’s exit from the autonomous vehicle market.

In its report, KraneShares states that “we believe Didi represents a faster-growing, liability-light version of Uber, whose future expansion could be turbocharged by the growth of China’s economy overall.”

The KraneShares CSI China Internet ETF (KWEB B+) invests in publicly traded companies based in China that are in Internet and Internet-related sectors of the market. These include companies such as Tencent Holdings Ltd (carried at 9.45% weight), Alibaba Group (carried at 9.2%), and Meituan (carried at 8.31%), the Chinese equivalents of companies like Amazon, Facebook, Twitter, eBay, etc.

Through KWEB’s fast track methodology, Didi will be included in the ETF a maximum of 10 days from the IPO launch.