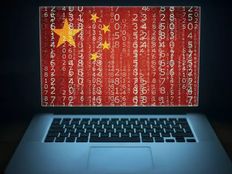 China’s Internet Sector Is Surging Back to Life

It was a windfall day for Chinese internet stocks as Chinese regulators began concluding their investigation into DiDi Global, a ride-sharing company, indicating that the wave of regulations within the sectors is finally easing, reported Barron’s.

Chinese stocks in general are set to experience gains as Shanghai’s lockdowns continue to ease and pressure from top Chinese officials grows to bring an end to the regulations that have sparked volatility and sharp drawdowns for various Chinese sectors over the course of the last 12 months. Add in the stimulus that China’s central banks and regulators are pumping into its economy, and the sector could be primed for some strong short-term growth potential.

The investigation into ride-sharing app company Didi has been reported to be concluding, and Chinese regulators will be allowing the app to be released onto app stores after pulling it abruptly last summer over cybersecurity concerns.

Didi is in the process of delisting from U.S. exchanges, separate from the delisting concerns surrounding the Holding Foreign Companies Accountable Act which will eventually see all Chinese companies delist from the U.S. unless agreements are made between China and the U.S. There has been positive talk and movement from both sides, but no firm announcements have been made yet.

Trading volume on the Hong Kong Exchange was up 130% over its one-year average, the highest volume seen since the onset of the pandemic in March 2020, reported KraneShares on the China Last Night blog.

“The catalyst was the approval of sixty new online video games which served as another sign that China’s internet regulatory cycle is easing following yesterday’s Didi news,” wrote KraneShares. “Heavy volume days are important as they indicate big money being put to work.”

KWEB Is on the Move

The KraneShares CSI China Internet ETF (KWEB B+) was up nearly 8% in trading on Monday. KWEB tracks the CSI Overseas China Internet Index and measures the performance of publicly traded companies outside of mainland China that operate within China’s internet and internet-related sectors. Alibaba is carried at a 9.30% weight within the fund, and Baidu is carried at 7.03% weight.

The fund has seen net flows of $694 million in May through May 24 as advisors and investors have sought exposure, with many of the holdings contained in KWEB continuing to trade at levels that are less than half of the multiples of their U.S. counterparts.

KWEB provides exposure to the Chinese internet equivalents of Google, Facebook, Amazon, eBay, and the like, all companies that benefit from a growing user base within China, as well as a growing middle class. The fund has worked to convert all possible share classes over to Hong Kong shares instead of ADRs so as to protect investors in case of Chinese delistings within U.S. markets.