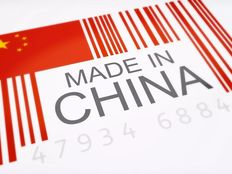 Chinese stocks have been battered in the last year between regulatory fears, concerns around China’s zero-tolerance COVID-19 policy, the recent escalation of the potential delisting of Chinese companies from U.S. exchanges, and the broad geopolitical tensions revolving around Russia’s invasion of Ukraine. Despite investor sentiment reflected in the current deep valuations, Chinese companies continue to believe that their fundamentals are strong and are doubling down with buybacks and one-time dividend payments for shareholders, reports the Wall Street Journal.

Last week, JD.com announced that it would be giving a one-time cash dividend to all shareholders with American depository receipts and Hong Kong-listed shares, a total amount of $2 billion. This dividend payment follows on the heels of its current buyback program that totals $3 billion. Alibaba has also recently committed to larger buybacks, upping the program by $10 billion in March to a grand total of $25 billion.

It’s a growing trend as Chinese companies seek to reflect the confidence in their businesses despite stock prices. A host of other companies have announced buybacks or expansions of existing plans, including auto maker BYD Co., the fast-food giant Yum China Holdings Inc., Bilibili Inc., Weibo Corp., and more.

The current price-to earnings as of the end of April for the MSCI China index is roughly 67% of the overall global MSCI ACWI index; buybacks tend to be more popular and appealing to shareholders when valuations fall. The MSCI China was down 40% in dollar equivalents over the course of the last 12 months and includes shares listed in Mainland China, Hong Kong, and the U.S.

Regulatory bodies in China are currently encouraging buybacks and requesting that some of the largest shareholders in the listed companies increase their shares to help price stabilization. According to Rory Green, chief China economist at TS Lombard, spending cash on buybacks is a fairly safe bet for companies that reflects their cooperation in working towards government goals.

Buybacks remain a newer option for Chinese companies, with regulations opening up in 2018 that allowed for more companies to offer this incentive for shareholders. Buybacks remain relatively small compared to the U.S. but are growing; 128 companies had bought back roughly $2.6 billion in stocks as of May 5, more than doubling year-over-year.

For investors looking for broad diversification across China and wanting exposure to companies that are engaging in buybacks, the KraneShares MSCI All China Index ETF (KALL A-) is a good option.

KALL invests in companies buying back shares, such as JD.com, Alibaba, BYD Co., Yum China, Bilibili, Weibo, and Tencent Holdings. While Tencent hasn’t announced any buybacks going forward, its open mandate allows the company to buy back up to 10% of its stock, and so far this year, it has bought back $800 million.

The fund tracks the MSCI China All Shares Index, a benchmark of companies that are based in and headquartered in China, as well as listed in Mainland China, Hong Kong, and the U.S.

KALL is broadly diversified across the Chinese economy and includes a 22.96% allocation to financials, 21.5% to consumer discretionary, 11.25% to communication services, 9.51% to consumer staples, and other sector allocations such as healthcare, information technology, industrials, and more as of March 31, 2022.

Top holdings of KALL include tech giant and hardware maker Tencent at 5.54%; e-commerce and internet giant Alibaba Group at 6.35%; and the partially publicly traded, partially state-owned producer of Chinese liquor, Kweichow Moutai at 2.97%.