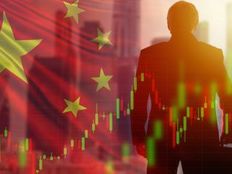 Chinese Delistings Will Be Determined by End of 2022

The rollercoaster year of uncertainty around Chinese delistings from U.S. markets looks to finally be ending. The PCAOB has announced that a determination on the audits it conducted of Chinese companies this quarter will be released next month, providing a resolution that investors have been waiting for.

“In December, the PCAOB will make determinations whether the PRC authorities have allowed us to inspect and investigate completely or whether they have continued to obstruct,” Erica Williams, Chair of the PCAOB, said in a speech at the 14th International Institute on Audit Regulation.

The issue arose earlier this year and centered around the Holding Foreign Countries Accountable Act (HFCAA), which was signed into law in December 2020 and requires that companies have three consecutive years of full audits by the Public Company Accounting Oversight Board (PCAOB) or be delisted. As Chinese companies that are listed on U.S. exchanges began filing their annual reports this year, they were being flagged as non-compliant with the HFCAA, setting the three-year clock on delisting from U.S. markets.

A resolution was finally reached in September after many behind-closed-doors negotiations between the SEC and the CSRC, China’s regulatory body that oversees securities, and the Statement of Protocol was signed to allow the audits to occur. It should be noted that there were a handful of voluntary delistings by Chinese companies from U.S. markets that happened shortly beforehand and were likely due to partial Chinese government ownership of the companies that would have made audits impossible from China’s side.

PCAOB members flew to Hong Kong at the end of September to conduct on-site inspections and have since returned. Those inspections are just one aspect of the audit process, and Williams underscored several times in the speech the importance of the access throughout the audit process, whether in person or remote, being complete access with “no loopholes and no exceptions.”

The official determination by the PCAOB will finally close the chapter on the unknown regulatory risk within U.S. markets. Many advisors and investors have chosen to sit on the sidelines this year when it comes to investing in Chinese companies, and the delisting uncertainty has likely played an integral role in that.

“A finish line is given!” Brendan Ahern, CIO at KraneShares, wrote enthusiastically in the China Last Night blog.

Meanwhile, the People’s Bank of China has released its third quarter monetary policy report, which cautioned on the impact of inflation in bond prices but otherwise “aligned with supporting the real economy, maintaining proper liquidity, ensuring loans get to companies, and ‘firmly hold the bottom line of no systematic financial risks,’” Ahern wrote.