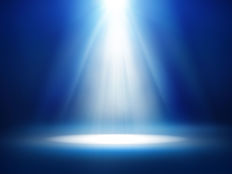 As Chinese Tech Bounces Back, 'KWEB' Spins into the Spotlight

The $5.1 billion KraneShares CSI China Internet ETF (KWEB B+) recently saw two record one-day inflows, leading to a weekly influx of over $631 million. For the past thirty days, the fund has brought in almost $1 billion in new net assets.

“We see investors buying the dip,” Ahern told ETF Trends. “You can argue that despite new regulation, the fundamentals of the companies have never been stronger.”

“KWEB has kind of become a liquidity phenomenon”

KWEB has grown astronomically in volume. Over the past year, average shares traded grew from 2 million daily to 12 million, as investors recognize the opportunity inherent in China’s rapid digitization. For example, many Chinese city-dwellers now exclusively use mobile wallets for most daily shopping needs.

“Retail sales [in China] in June went up 12.1%, but online retail sales went up 23.2%,” said Ahern. “Historically, about 30% of retail sales occur online in China, which is substantially higher than it is in the States.”

Until recently, tech companies in China serving the online consumer had largely operated free of government regulation. “They may have called themselves a ‘fintech’ company, but they did a lot of things that banks do,” Ahern explained. “And the regulator simply said, ‘we’re going to regulate you like a bank.’”

That has led to a sector-wide pullback, but one that Ahern sees as a necessary stepping stone to the growth of this burgeoning area of China’s economy.

The KraneShares CSI China Internet ETF (KWEB B+) tracks the CSI Overseas China Internet Index and measures the performance of publicly-traded companies outside of mainland China that operate within China’s internet and internet-related sectors.