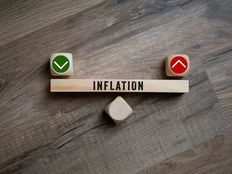 Concerned For A Recession and Inflation? Consider IVOL

Economists have increased the odds of a recession in the next 12 months yet again, raising likelihood to 28%, a jump up from 18% in January, the Wall Street Journal found in its most recent poll.

Although 63% of economists surveyed believe that the Fed will be able to successfully navigate curbing inflation without sparking a recession (a “soft landing”), most agree that growth is set to be significantly impacted.

Inflation for March, due to be reported this week, is expected to be slightly above February’s 7.9%, and although the Fed began raising rates in March, it is expected to become more aggressive in upcoming meetings in order to cool inflation. 84% of economists believe that the central bank will respond with a 0.50% point increase to interest rates at the early May meeting, and 57% anticipate that at least two of the six interest rate increases this year will be 0.50%.

Economists are grim on the outlook for inflation, believing that June 2022 will still see inflationary rates around 7.5%, falling to 5.5% by December, a number still well above the Fed’s goalpost of 2%. While economists are divided as to the driving force behind the elevated, long-term inflation (commodities, tight labor market, or the Ukraine war), they are largely in agreement that the Fed has difficult, urgent choices ahead in its work to curb inflation.

“To be seen not fighting it is politically unwinnable. But the only policy response the Fed has is to tighten,” said Amy Crew Cutts, Ph.D., president and chief economist of AC Cutts and Associates, who believes that the chances of a recession in the next 12 months are 70%. “Fed actions to curb inflation will lead to a recession sooner rather than later.”

Hedging for Inflation and Volatility With IVOL

The Quadratic Interest Rate Volatility and Inflation Hedge ETF (IVOL ) from KFAFunds, a KraneShares company, is designed to have a twofold hedge against an increase in fixed income volatility and/or an increase in inflation. The fund also seeks to maximize yield curve increases, either brought about by long-term interest rates increasing or short-term interest rates falling; both are tied to big equity market declines.

IVOL carries an expense ratio of 1.05% and has approximately $1.7 billion in assets under management.