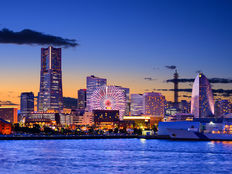 KHYB is an actively managed fund that provides broad exposure to high-yield bonds from the Asia-Pacific region. The fund actively invests in high-yield debt securities of any maturity issued by governments and corporations from the Asia-Pacific region, including both emerging and developed countries. Nikko Asset Management Americas Inc., the sub-advisor, uses top-down macro research and bottom-up credit research to construct its portfolio, using a proprietary process that combines quantitative and qualitative factors to assess an issuer’s credit profile, along with an assessment of a security’s value and relative value compared to other similar securities. KHYB may invest in other investment companies, including ETFs and derivatives. After the fallout from Chinese property developer Evergrande sent Asian markets reeling, fixed income investors may turn to this high-yield bond ETF to capture an oversold market. KHYB has declined more than 12% since September.

Evergrande, China’s foremost real estate developer, continues to cobble together interest payments on debts as the company teeters on the edge of defaulting on $300 billion in liabilities. Amid the economic fallout it is causing, smaller developers facing their own default have purportedly met with Chinese regulators to propose a debt restructuring or an extension of offshore bond maturities.

The Chinese government has signaled a potential unwillingness to bail the indebted company out, instead telling billionaire Evergrande founder Hui Ka Yan to use his own personal wealth. Chinese authorities are ensuring that the company’s cash is only being put towards completing housing projects put on hold instead of towards paying creditors.

Regulators have indicated that developers with sizeable offshore debt maturities need to analyze their repayment risks and report back on any difficulties they might have in making those payments. They also indicated that companies should be ready to pay back principal and interest on their foreign bonds.

Asia’s high yield currently offers an attractive income opportunity due to the relatively high growth rates among the region’s economies and the financial health of issuers in the region. After the Evergrande debacle, many of KHYB’s holdings are currently trading at distressed levels, offering the opportunity to earn some price returns on top of its coupon payment.

Evergrande’s troubles represented a spread-widening event for Asian high yield. The downgrading of certain issuers has created an opportunity to achieve potential strong price returns on top of the fund’s monthly distribution.

Monetary policies in Asian economies remain supportive. Central banks in Thailand, Malaysia, Indonesia, and the Philippines left policy rates unchanged in September. At the same time, 2021 inflation is expected to be softer in many East Asian economies than in the United States.

Furthermore, China, which makes up 50% of KHYB, has signaled the end of its tightening cycle and may pursue easing in the near term. This means that China’s corporate high-yield bonds may remain attractive compared to investment-grade and government bonds, yields on which may stagnate or fall in the near- to medium-term.

Listen to the full podcast episode on KHYB: