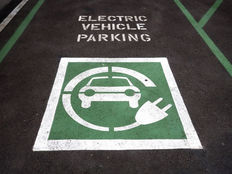 The demand for electric vehicles continues to increase globally, providing investment opportunities both in the short- and long-term. KraneShares took a deep dive into the first half performance of their EV fund, the KraneShares Electric Vehicles and Future Mobility ETF (KARS C+), and provided an outlook for the space on the potential hurdles and positive pressures that exist in a recent paper.

The transition from internal combustion engine cars to electric vehicles is already well underway. Global sales of ICE cars were down 8.5% year-over-year in the first six months of 2022, while EV sales were up more than 60% in the same period. Larger concerns however saw EV stocks falter in the first half of 2022 after two consecutive years of strong gains.

“The market was pessimistic about electric vehicle makers’ ability to deal with supply-side disruptions spurred by the war in Ukraine and lockdowns in China,” KraneShares wrote. “Then, a rotation from growth to value contributed further to the decline in the share prices of EV makers.”

KARS fell into the downward trend for EV funds, dropping 11.07% in the second quarter of 2022 and down 19.45% for the year, as of August 3. KraneShares believes in the strong fundamentals for the EV industry as well as the long-term growth potential that the space has, and that current prices could provide a great entry opportunity for investors.

EV Industry Performance Breakdown in the First Half

The global EV industry has been impacted by lockdowns in Shanghai in the first half, with many of the component manufacturers located in China. Battery makers such as Contemporary Amperex Technology Limited (CATL) reported earnings misses in May but a strong rebound in June as lockdowns lifted and metal prices fell.

“Despite the lockdowns in April and May, electric vehicle sales grew +80% year-over-year during the first half of the year, led by BYD and Tesla. In May, BYD, which stands for ‘Build Your Dreams’, became the top EV seller globally, dethroning Tesla,” wrote KraneShares.

Chinese EV makers Xpeng and Li Auto’s sales were up 124% and 100% respectively in the first half of 2022, while Nio reported 21% growth, but expectations are that many of its customers are awaiting highly demanded models being released in August and beyond.

BYD continues to be a strong performer, benefiting from its vertically integrated business model that incorporates a battery business, an electric bus and train business, and an electronic appliance business. Tesla struggled with its own specific issues, including the ongoing Twitter buyout back and forth, its exclusion from the S&P 500 ESG index, and it was down for the second quarter.

Bloomberg New Energy Finance’s most recent EV Outlook report for 2022 anticipates that sales of electric vehicles will reach 10.7 million this year and grow to 20.6 million by 2025. The ultimate goal for EVs globally is to replace 1.3 billion internal combustion engine cars with EVs. Currently, there are just 21 million electric vehicles worldwide. China and Europe are expected to have the lion’s share of EV representation by 2025, accounting for 80% of global sales while the U.S. is projected to make up just 15% of that.

“The U.S.’s future EV adoption seems to be totally in the hands of early adopters and innovators. To spur adoption, EVs must become cheaper and more appealing than traditional gas-powered vehicles,” KraneShares wrote.

The Inflation Reduction Act, recently signed into law by President Biden, tackles a whole host of topics including a significant portion towards climate initiatives. Several components of the bill focus on bolstering the domestic electric vehicle industry in the U.S. and could position the country to be a major competitor as well as drive increasing demand through tax credits for consumers.

“We believe the passage of the bill, which includes tax credits for fuel cell vehicles and EV infrastructure, will put these companies on a secular growth path for the next decade or so,” KraneShares wrote.

Challenges remain for many emerging market countries such as India and Indonesia that lack meaningful policy support or the ability to provide government support for the EV transition.

In the near-term, supply chain disruptions are expected to continue to play a role in production issues, complicated by the spike in metal prices in the first half of the year which will be reflected in increasing battery prices that should fall once more in 2023.

“By 2027-2028, most EV models in most countries will be cheaper than their ICE counterparts,” KraneShares wrote. “In short, supply-side disruptions should be manageable as EV companies have been preparing for shortages, and record capacity will be coming online starting in 2023.”

“We believe the electric vehicle opportunity looks attractive not only due to the long-term secular trend of growing adoption but also because it could be a solution to slowing global growth. While the auto industry tends to be cyclical and impacted by slowdowns, we expect the electric vehicle segment to continue to exhibit long-term growth,” wrote KraneShares.

KARS invests in many familiar car companies such as GM, Tesla, Ford, Mercedes-Benz, BMW, and major Chinese EV manufacturers such as Li Auto, Nio, and BYD, some of the biggest companies in the global electric vehicle industry. It has an expense ratio of 0.70%.