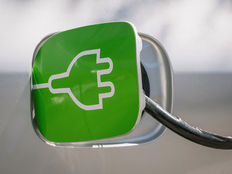 Ford announced its commitment to its line of electric vehicles in an $11 billion partnership with South Korean battery maker SK Innovation. The deal focuses on Ford’s growing electric pick-up truck line-up as it works to convert the popular F-series trucks to battery power, reported Financial Times.

The deal includes building four plants in Tennessee and Kentucky that would supply the vehicles and batteries and is the largest investment that Ford has ever committed to for manufacturing facilities. Ford’s portion of the agreement, $7 billion, is slightly less than a quarter of the total $30 billion it has pledged to spend in transitioning its fleet to electric by 2025.

Ford is one of several major vehicle producers in the U.S. that pledged last month with Biden to convert between 40-50% of their fleets to zero emissions by 2030. Ford’s chief operating officer for North America, Lisa Drake, believes that roughly a third of all pick-up truck sales in the entire industry will be electric by then.

“This is a really pivotal moment for us in our country today,” Drake said. “We see a critical mass for the transition to battery electric vehicles right on the horizon.”

The money allocated from the deal with SK Innovation would be split between two battery factories in Kentucky and then an assembly plant in Tennessee. The assembly plant would be a “mega-campus” measuring six square miles and would house battery recycling operations and suppliers, as well as a plant to build an electric fleet of the F-series trucks.

The new campus, dubbed the Blue Oval City, is set to begin production in 2025, and, with 15,000 reservations already lined up for the F-150 Lightning and demand still growing, will be a busy hub for the future of Ford.

Ford is following along the same path as rival car manufacturer GM, which is working to convert three of its existing factories to manufacturing electric versions of its vehicles. GM has pledged to spend $35 billion by 2025 on electrifying its fleet and plans to open its own battery plants in Tennessee and Ohio.

KARS Invests in Ford and the Electric Vehicle Industry

The index has strict qualification criteria. Companies must be part of the Bloomberg World Equity Aggregate Index, have a minimum free float market cap of $500 million, and have a 90-day average daily traded value of $5 million.