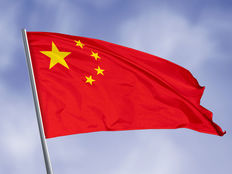 KraneShares broke down the quarterly earnings for China’s internet sector in a recent paper, highlighting the areas of outperformance as well as those that struggled, while underlining the deep valuations these companies continue to experience as they look ahead to growth beyond regulatory concerns.

China’s internet sector has seen a rally of late as regulatory verbiage seems to indicate that the regulation cycle has drawn to a close. Both were suggested in a speech from Vice Premier Liu He in March, and in wording from Mainland authorities last week. This rally comes on the tails of a quarter of low net income on average for top companies within the internet sector as increasing compliance costs compounded with macroeconomic headwinds.

“However, the dispersion between individual companies was wide as Alibaba saw a healthy net margin of 8% and Kuaishou saw a weak net margin of -26%. Nonetheless, we expect a significant improvement in margins in 2022 and a recovery in consumer sentiment,” writes KraneShares in the paper.

While revenue growth for the internet sub-sectors were almost entirely positive, the year-to-date performance of those sub-sectors continues to be almost entirely in the negatives, with the exception of education and autos and transportation. It underlines the strength of the underlying fundamentals for the vast majority of the sector and a price valuation that does not accurately reflect the growth of individual securities and sub-sectors.

Logistics had the highest positive performance in terms of revenue, led by Full Truck Alliance’s increasing demand for its supply chain optimization services as higher gas prices and supply chain disruptions plagued companies in the last quarter. On the flip side, the real estate sub-sector had negative revenue growth year-over-year, driven largely by the continued uncertainty within the broad real estate sector as regulations and the settlement of Evergrande’s debt issues continues.

China, while currently embroiled in COVID lockdowns, still has a positive economic outlook for the year with a supportive central bank that is practicing monetary easing.

“We believe it is important to note that while the cost of capital is expected to rise in the US, it is poised to decline in China as the People’s Bank of China (PBOC), China‘s central bank, cuts rates, providing a potential tailwind for growth equities,” explains KraneShares.

Investing in Opportunity with KWEB

The KraneShares CSI China Internet ETF (KWEB B) tracks the CSI Overseas China Internet Index and measures the performance of publicly-traded companies outside of mainland China that operate within China’s internet and internet-related sectors.

Many of the holdings contained in KWEB continue to trade at levels that are less than one-half the multiples of their U.S. counterparts.

“Furthermore, 13 companies in KWEB now have a price to book (P/B) ratio lower than 1, meaning that they are valued at less than the sum of their assets and cash on hand. Of those 13, five have a market value that is less than their cash on hand,” writes KraneShares.