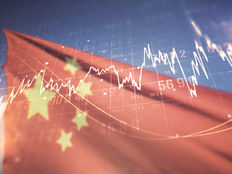 Amidst regulatory crackdowns and volatile Chinese markets, Brendan Ahern, COO of KraneShares, and Dr. Xiaolin Chen, Head of International at KraneShares, hosted a webinar to discuss the current state of investing in China and their overall outlook on Chinese markets today.

Where Things Are Now

In a statement on Sunday, the China Securities Regulatory Commission (CSRC) said it wants more communication and dialogue with U.S. equivalents, which Ahern hopes is happening now. The statement also clarified that the CSRC does allow companies to list anywhere they want.

“This really does appear like an olive branch from the China side to the U.S. regulators,” Ahern said. The statement has been seen as a form of reassurance for investors and should help to to calm the volatility, Chen believes.

KraneShares currently keeps investments in ADRs because the expense to trade in Hong Kong can be high, Ahern explained, particularly for high-volume assets such as Alibaba and JD.com.

In a reflection of the volatility of China’s markets, Ahern discussed the Alibaba earnings report that had just been released and was overwhelmingly positive. Alibaba missed revenue target by 1% but beat all other metrics. The company hired more employees, announced a buyback, and increased capital expenditure for last quarter. The anti-trust investigation and regulation on Alibaba and others should be less of a concern now because companies are adhering to the regulations, but the stock had remained relatively flat after earnings were reported.

Addressing concerns by investors on if the KraneShares CSI China Internet ETF (KWEB B+) could be de-listed at some point on the NYSE, Ahern said that “the core thesis of KWEB has never been stronger. The price action disagrees with me,” but that the companies within had continued to perform even after adherence to regulations. Over the course of the 8-year history of KWEB, there have been drawdowns such as what is being seen currently, and they were always followed by a period of outperformance. Ahern believes this will continue.

One area seeing clear impact by the regulations was online education. Within KWEB, KraneShares currently only holds 0.76% in Tal Education, which has been heavily affected. Ahern explained that in the regulations, for-profit companies were banned from after-school tutoring, which did negatively impact a lot of companies, such as Tal. Chinese policy is currently centered around raising the birthrate, which is currently 1.3 children per woman. Currently, upwards of 25% of household income can go to after-school tutoring. In this vein, the regulations were put in place to help alleviate the financial burden for families and to encourage having more children.

One of the questions asked of KraneShares was concerned the three different share types when it comes to investing in Chinese companies: ADRs, H-shares, and A-shares. The majority of growth companies within China have listed outside of the mainland, Ahern explained, so most are listed within Hong Kong and the U.S. markets, reflecting an investment in ADRs and H-shares over A-shares. Yet the A-share market continues to grow and expand, particularly since the introduction of the STAR Market, a Chinese equivalent to the Nasdaq.

Responding to concerns about regulations released overnight concerning reducing gaming, Ahern outlined how the regulation addressed 12-and-under children, reducing time from an hour-and-a-half of gaming allowed a day to an hour. The new promulgation has added another layer to regulatory fears. “The market wants to shoot first, ask questions later,” said Ahern.

Investors are concerned that regulatory pressures might take on a domino effect. “30% of retail sales in China flows through the companies in KWEB” and there is no regulation within these sectors, Ahern explained. Europe has begun to address this with GDPR and China is now doing something similar because “these companies are critical to the economy” and need regulation, he said.

“I think there is a rationale behind the regulation. What has been troublesome has been the manner in which it has been done. It comes across as ad hoc,” said Ahern, with regulators hitting across multiple sectors and in seemingly random ways. It has created a reactionary market.

Chen expands on this, explaining that healthcare regulations that occurred in 2018 and 2019 caused similar levels of panic, but that today the healthcare sector has “become very successful in terms of diversifying the participants.”

“There’s always going to be volatility; what is important is you stick to your investment horizon,” Chen said.