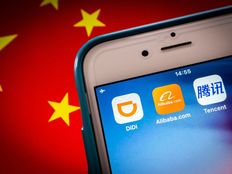 China’s economic indicators might be slowing but there are some significant strides being made that could turn into substantial tailwinds in the months to come for China’s tech sector, namely in the reforging of ties between China and the U.S. as well as China’s easing of COVID-19 restrictions.

Retail sales for October were down 0.5% year-over-year, the first decline since May, while industrial production grew at a rate of 5.0%. Despite the slowdown, there are several factors that could drive increasing investor sentiment toward China looking ahead where fundamentals have remained largely sound despite tanking valuations this year.

Communication has once more resumed between China and the U.S. after the three-hour face-to-face meeting between President Xi and President Biden in Bali at the Group of 20 summit. The meeting covered several topics, including Taiwan and the war in Ukraine, and was the first time the two had met in person since Biden became president.

Tensions have been high between the world’s two largest economies, and while the talk ran into areas of strong disagreement between the two leaders, the dialogue is now open and is viewed as a baby step towards coexistence.

“Xi is keen to resume a routinized mechanism and dialogue to steady the bilateral ties with Biden,” Yu Jie, a senior research fellow on China at Chatham House told NPR.

In a major, albeit incremental move, China’s State Council has released a 20-point guideline for a dynamic zero COVID-19 policy that will leave greater control in the hands of local officials. Changes included the cessation of mass-COVID testing and quarantines in government facilities, instead allowing for at-home quarantines for individuals that have had potential exposure. Officials will also stop tracing close contacts for those that test positive and the travel quarantine has been reduced further from seven days to five for inbound visitors, followed by three days at a hotel or home.

This week is earnings week for some of the major China technology companies such as Alibaba, Tencent, JD.com, and other major players giving their quarterly reports.

“Forward-looking Q4 forecasts will be important as the companies speak to how dynamic zero-COVID could raise domestic consumption more so than backward-looking Q3 results,” wrote Brendan Ahern, CIO at KraneShares, in a China Last Night blog post.

The KraneShares CSI China Internet ETF (KWEB B) tracks the CSI Overseas China Internet Index and measures the performance of publicly traded companies outside of mainland China that operate within China’s internet and internet-related sectors. This includes companies that develop and market internet software and services, provide retail or commercial services via the internet, develop and market mobile software, and manufacture entertainment and educational software for home use.

KWEB provides exposure to the Chinese internet equivalents of Google, Facebook, Amazon, eBay, and the like, all companies that benefit from a growing user base within China, and a growing middle class. The fund has worked to convert all possible share classes over to Hong Kong shares instead of ADRs to protect investors in case of a Chinese company delisting within U.S. markets.