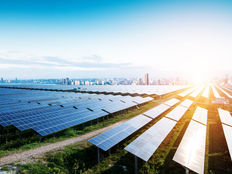 A judge in the U.S. who rules over trade issues has just overturned Trump’s tariffs on solar panels, opening the door for greater growth from international sources, reports Reuters.

Judge Gary Katzmann, a justice for the U.S. Court of International Trade, ruled on Tuesday that Trump’s increase in tariffs, which included bifacial (double-sided) solar panels, was not aligned with the intentions of existing trade laws. Bifacial panels cost more but are also able to create more power than traditional panels and are a next step in solar technology, already showing great promise as they grow their market share.

In 2018, the U.S. enacted four years of duties on imports for solar panels that started at 30% and tapered to 15% in the final year. Trump’s increase last year raised the final year’s duty to 18%.

Trump’s decision was one that not only “constituted an action outside the President’s delegated authority,” Katzmann wrote in his ruling, but also was a “clear misconstruction” of the intention of trade laws that allow growth in trade instead of restricting it.

While the Biden administration has pushed to uphold the tariffs and Trump’s stance, arguing that the former president was attempting to prevent an “explosive” growth in imports within the sector and protect tariffs, several entities within the industry itself have pushed back in recent times.

The Solar Energy Industries Association, a trade group, have countered that increased tariffs ultimately would lead to the loss of billions of dollars in investments domestically every year. Several solar farms as well as the group sued in response to the proclamation by Trump last year, arguing that Trump failed to follow the necessary procedures for enacting such a tariff increase. The group’s president, Abigail Ross Hopper, stood behind the rulings of Katzmann, saying they were “clearly the right conclusion.”

Mainland Chinese investors responded overwhelmingly last night to the news, with stocks within the clean tech sector trading heaviest by value, reported KraneShares in their China Last Night blog. Jiangsu Akcome Science (a solar company) was up 10.04%, Tianqi Lithium was up 10%, China Northern Rare Earth was up 5.19%, Longi Green Energy was up 1.46%, and BYD was up 1.14%, to name a few.

KGRN Invests in the Clean Technology Sector in China

China is currently the world leader in total renewable energy capacity, holding 31% of the world’s capacity. In the midst of the regulatory crackdown in China, this industry has continued to perform.

It allows investors direct exposure to ESG market movers in China by investing in companies such as BYD Co. at 7.88% weighting; LONGi Green Energy Technology Co. at 4.59%; and Xinyi Solar Holdings Ltd at 3.81%.

The ETF has an expense ratio of 0.78% and has $198 million in assets under management.