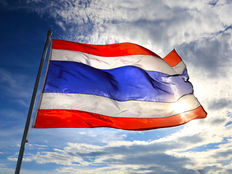 10 of Thailand’s largest and most successful companies, along with the state-owned electricity generator, have created their own voluntary emissions program that deals in offsets, one they hope to build upon to eventually create a robust carbon-trading market, reports Bloomberg.

These companies have built a framework based upon the markets in the EU and China where large greenhouse gas emitters buy carbon credits to offset emissions. The money made would then be redirected into investing in green technologies and clean energy that would hasten the transition for the country to renewable, sustainable energy practices.

“This is a good, small start that could have a snowball effect,” Chaiwat Kovavisarach, CEO of Bangchak Corp. said. “Eventually we can grow and become an exchange” once volumes are large enough, Kovavisarah explained. 40 companies have expressed their interest in becoming part of the club, and the Stock Exchange of Thailand is receptive to the idea of a permanent exchange.

The movement by businesses in Thailand is part of a global push to curb carbon emissions as industries and regulatory bodies seek to limit greenhouse gases. Thailand’s own carbon exchange is still a ways off as their current system has much more supply than demand, but it reflects an active interest in capping emissions.