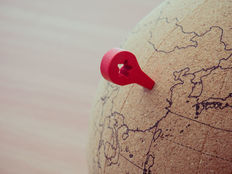 Wager on China’s A-Shares With KraneShares

Government regulations in China continue to affect foreign investors’ habits within markets, but KraneShares sees many indicators of growth looking forward within the A-shares market.

A recent white paper by Anthony Sassine, CFA for KraneShares, discusses several factors that can contribute positively to A-shares investments, including real estate flow redirection, the potential announcement of greater inclusion by MSCI next year, and regulations upholding A-share industries.

With the default of Evergrande, there has been a domino effect of increasing defaults within the real estate sector by smaller companies as China’s regulations encourage households to shift their investments elsewhere. Currently, 62% of urban households in China invest in real estate, compared to 23% in the U.S., equating to the world’s largest real estate market. Following the failure of Evergrande, KraneShares believes that real estate assets will ultimately end up diverted to the A-shares market.

MSCI could potentially be announcing an inclusion next year that could potentially bring greater inflows from abroad. With inclusions in the past, foreign ownership has increased from 2% in 2015 to nearly 8% today. China has also recently approved the listing of A-shares futures on the Hong Kong exchange, which means that investors will be able to hedge their risk.

KraneShares sees this as a big argument for why MSCI would consider inclusion last year; one of MSCI’s primary concerns in the last consultation in 2019 was for investors to have a way to hedge their risk. Other concerns of theirs included the mismatch of trading holidays on mainland China and Hong Kong, the fact that the settlement cycles in China don’t align with the rest of the world, and Omnibus trading availability. China has been working to reduce trading suspensions, a final concern for MSCI. With China working to meet these requirements, KraneShares sees next year’s inclusion consultation as a hopeful one.

The A-shares industries have been some of the best-aligned with Chinese regulations and have fared the best through the regulatory crackdowns that have happened thus far this year. KraneShares believes that the A-shares market has a solid foundation with support from the Chinese government in sectors such as clean technology, 5G, high-end manufacturing, semiconductors, and food and beverages, where reforms have happened recently.

Investing in the A-shares Market With KBA

The ETF captures mid-cap and large-cap representation of Chinese equities listed on the Shenzhen and Shanghai Stock Exchanges, which have been historically closed to U.S. investors. At $735 million in assets under management, KBA remains the largest MSCI-linked China A-share ETF available in the U.S.

Holdings in KBA include Kweichow Moutai, a major alcohol producer in China, at 5.35%; Contemporary Amperex Technology, a Chinese battery manufacturer, at 3.60%; and China Merchants Bank, the first shareholder commercial bank that is entirely owned by corporate legal groups in China, at 2.48%.

KBA carries an expense ratio of 0.59% and has $744 million in assets under management.