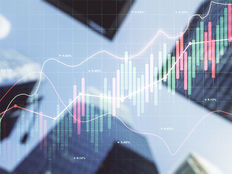 What Didi’s Delisting Implies For Your Portfolio

The popular Chinese ride-hailing app Didi is delisting from the New York Stock Exchange and will move to list in Hong Kong instead, reports CNBC. It’s created a shockwave through an already beleaguered market for Chinese investments internationally, and KraneShares’ CIO Brendan Ahern recently spoke with ETF Trends regarding the process and what it means for investors and markets.

Ahern explained that Chinese companies such as Didi had initially sought listings in U.S. markets with the knowledge that they couldn’t adhere long-term to the regulations, but did so in hopes that an accord would be struck between the U.S. and China that would provide a solution.

The crux of the regulatory dilemma that Chinese companies are finding themselves in is that the U.S. now requires foreign companies to open their books to auditors within the U.S., while Chinese regulations prohibit companies listing in foreign markets from doing so. Hopes of regulations relaxing weren’t realized, and tensions have only escalated.

“The two sides haven’t been able to find an agreement and so the Holding Foreign Companies Accountable Act (HFCAA) kind of forces the issue, but it doesn’t hurt China per se,” Ahern explained. It can, however, hurt companies and investors.

The move to relist in Hong Kong is a common one that many of the major Chinese companies have already done and will most likely continue to do in the coming years; the Hong Kong Stock Exchange as of last month had already relaxed its requirements for overseas issuers looking to relist. Ahern anticipates a lot of movement into the space at the beginning of next year as more companies move to relist in Hong Kong.

China’s Securities Regulatory Commission has reiterated in a recent statement that China supports companies that want to list overseas and will not infringe on that, but that the companies need to be able to be compliant with the local laws and regulations where they are listing. The CSRC also said that it was currently in communication with the SEC and other regulatory bodies in the U.S. and that the two countries had been cooperating on China’s concept stocks as well as other areas, and that it was hopeful that the two could continue forward momentum and cooperation to find a solution that works for both countries.

How to Prepare Your Portfolio

So, what does that mean for investors and advisors? For now, preparation is the key as asset managers work to align their portfolios with a potential conversion, should delisting eventually happen for Chinese companies. While the timeline isn’t until 2024 at the very earliest for resolution on these issues, being prepared now is the wisest course, Ahern believes.

“I think for all investors, it’s something they have to be thinking about,” Ahern said. All fund types need to be looking into their options, whether they are active or passive, “certainly for investors to check that they can do an ADR conversion through their broker. Many of the broker dealers do allow for an ADR conversion, but not all of them.”

Markets have reacted to the news of Didi’s announced delisting and relisting in Hong Kong by withdrawing from similar Chinese stocks such as JD.com and Alibaba, which both took hits this week in U.S. markets and in Hong Kong, reports Barron’s. For now, the pressure to delist seems to be coming from the U.S. side, and company fundamentals remain the same for the Chinese companies.

“On the Chinese regulator’s side, there’s no intention to delist them,” Vincent Yu, analyst for Needham, told Barron’s.

KraneShares offers an array of ETFs with a variety of exposures and strategies for Chinese markets and Chinese companies, as well as other international investments; ETFs include the KraneShares CSI China Internet ETF (KWEB B), the *KraneShares Bosera MSCI China A Share ETF (KBA A-), and the KraneShares Electric Vehicles & Future Mobility ETF (KARS C).