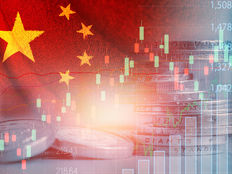 Why China’s Economic Growth Target May Be Lower

Political leaders in China are set to meet on Saturday to discuss the economy as well as current geopolitical issues. From that meeting is expected to come a new estimate for economic growth looking forward, and analysts are anticipating that this number will be lower for a variety of reasons.

Last year, the gross domestic product (GDP) of China grew 8.1%, slightly above the expected 8%, but this marks an overall trend of decline; in the first quarter of 2021, GDP grew 18.3%, reports the Geopolitical Intelligence Services. While exports boomed in 2021 as global demand increased, exceeding imports by $676 billion for the year, the highest number that China has on record, supply chains, chip shortages, and COVID-19 impacts have continued to cause localized impacts.

The World Bank is estimating that China’s GDP will grow at 5.1% this year, and with the 20th National Congress set to convene in October, President Xi and the ruling party have begun enacting national responses to help ease domestic pressures. The central bank of China has cut borrowing rates for certain size loans, increasing state support for local and small businesses.

It’s a shift that is to be expected, according to KraneShares. In a recent China Last Night post, the authors discuss that China’s economy, the second largest in the world, has developed and evolved from an economy centered around manufacturing to one centered instead around consumers.

“China has made the switch to an economic growth model based on consumption and services instead of a manufacturing/export-based economy, at the expense of sky-high GDP growth. This is precisely why one would want to be exposed to technology, internet, and services when investing in China for the long term,” KraneShares writes.

Last year saw an influx of foreign investors seeking to capture China’s growth. According to GIS, foreign investment in actual use, which excludes insurance, banking, and securities sectors, was up almost 15% in 2021 and reached an all-time record of 1.15 trillion yuan (nearly $182 billion USD). Within high-tech industries, foreign investment grew 17.1% broadly, with high-tech manufacturing increasing 10.7% and high-tech services increasing by 19.2%.

The *KraneShares CSI China Internet ETF (KWEB B) offers exposure to some of the biggest companies within China’s internet sector and has experienced inflows of $1.11 billion year-to-date.

Its top holdings include major players seeking to stake their claims within the metaverse in China, such as Tencent at 10.88%, Alibaba (BABA) at 9.36%, and JD.com at 8.57%.

The ETF has an annual expense ratio of 0.70% and currently has nearly $6.58 billion in AUM.