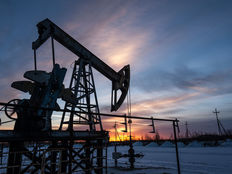 BHP Group Ltd, the world’s largest mining company, could give answers to its plans for the petroleum side of its business as early as next week during its earnings release on Tuesday, reports Reuters. The company’s environmental approach has come under increasing pressure, as investors push for more sustainability across industries.

Activist investor Market Forces has filed resolutions on BHP’s fossil fuel exit strategy during the annual meetings in October and November, a move that will certainly capture the board’s attention after Exxon’s loss of three board seats to activist hedge fund Engine No. 1. Companies are increasingly feeling the pressure to implement sustainability practices or face pushback from the shareholders.

Investors and shareholders of BHP are making their voices known after the recent approval of $802 million in oil projects in the Gulf of Mexico, followed shortly thereafter by the ICPP’s report on the irrevocable human impact on climate change.

BHP’s petroleum business, which spans Australia, Trinidad and Tobago, the Gulf of Mexico, and Algeria, compromised roughly 5% of BHP’s earnings as of last year. Exiting petroleum would mark a drastic change for the company’s sustainability approach. It would be a “major shift” in its ESG credentials and general strategy regarding fossil fuels, said Rahul Anand, an analyst for Morgan Stanley.

KRBN Invests in a World Divesting Itself of Fossil Fuels

Investors looking to support responsible investing and encourage emissions reduction from fossil fuels and the like can consider the KraneShares Global Carbon ETF (KRBN), which offers a first-of-its-kind take on carbon credits trading.