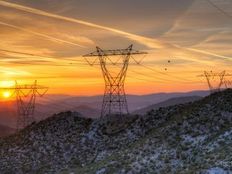 California is currently facing what could be the worst heat wave in the state’s history and will contend with an offshore hurricane pulling even more heat across areas of Southern California going into the weekend, reported CNN.

The result? Los Angeles is forecast for triple-digit weather Thursday and Friday, with highs of 112, pushing an already overloaded electrical grid beyond its limits as calls for voluntary power cuts were issued and requests that thermostats be set to 78 or higher for residents. Many cities in California have notched new record highs in the latest heatwave, with Sacramento breaking 116 degrees, as much of California has narrowly avoided rolling blackouts thus far.

“This will be essentially the worst September heat wave on record, certainly in Northern California and arguably for the state overall,” UCLA climate scientist Daniel Swain said Tuesday in a Twitter Spaces discussion. “By some metrics, it might be one of the worst heat waves on record, period, in any month, given its duration and its extreme magnitude.”

The heat wave is part of a massive system that extends from northern Mexico all the way up to British Columbia, made up of high pressure trapping heat in. It’s an effect called a heat dome, and global warming is causing the size of heat domes to increase, stretching across greater expanses.

“Climate change has increased the frequency, the intensity, the duration, and also — this is somewhat new evidence — the spatial extent of heat waves,” said Swain.

California’s Governor Gavin Newsom (D) signed bills into law Wednesday, including $54 billion in climate legislation for the next five years, reported Protocol. Provisions include a loan to extend the operating life of Diablo Canyon, the only nuclear power plant still running in California, legislation for carbon capture and storage incentives, and an updated greenhouse gas reduction to cut emissions 85% by 2045.

The bills also included $8 billion to update the struggling electric grid in California, which was rated a D- from the American Society of Civil Engineers in its most recent report.

The KraneShares California Carbon Allowance ETF (KCCA ) offers targeted exposure to the joint California and Quebec carbon allowance markets which will benefit from legislation that works to curb emissions more aggressively in the state.