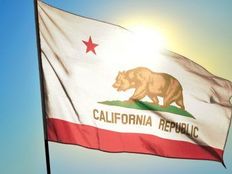 In one of its last rulings before its recess, the Supreme Court struck down the Environmental Protection Agency’s ability to regulate emissions from power plants under the Clean Air Act.

The Supreme Court ruled that the EPA doesn’t have the authority as an agency to create emissions caps, and instead, the regulation must be mandated by Congress who then will direct the EPA to enforce those regulations. The ruling was 6-3, and while it does limit the EPA’s authority, it isn’t an end-all to climate change progress.

“We’re seeing significant emission reduction goals and targets put out by companies, and the utility sector is transitioning away from those older and dirtier sources of pollution. And so while it is disappointing, and certainly will have an impact, it doesn’t preclude either federal government or state or local government action on climate change,” Jonathan Skinner-Thompson, associate clinical professor at Colorado Law, director of the Getches-Green Natural Resources, Energy & Environmental Law Clinic, and former EPA attorney told the Colorado University Boulder Today.

The California carbon market remains unaffected because it is currently regulated by state law, and the state has committed to fighting the ruling by the Supreme Court. While the EPA had previously granted California waivers that allowed higher emissions standards than the federal mandate with net-zero goals set for 2045, KraneShares believes that these waivers have very low odds of being revoked.

“Any time federal power to regulate climate change is constrained, state power gets more important. California has always been a leader in the fight against climate change, and I expect that will continue and become even more crucial,” said Cara Horowitz, co-executive director of the Emmett Institute on Climate Change and the Environment at UCLA School of Law, in a UCLA interview.