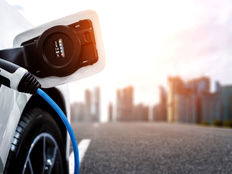 Electric vehicle sales are growing at a high-speed pace, according to the latest report from the International Energy Agency. More EVs are now sold each week than in all of 2012 combined. Sales, which topped 6.6 million in total in 2021, have already crossed the 2 million mark in the first quarter of 2022 despite supply chain restrictions and shortages.

EV popularity continues to grow, with sales last year doubling the 2020 numbers and an estimated 16.5 million electric cars cruising roads by the end of 2021, tripling the 2018 numbers. China in particular has seen a concentrated amount of growth, tripling its adoption rate in 2021 to 3.3 million EVs sold, while European sales grew 65% over the year and the U.S. doubled its EV sales in 2021.

“Sustained policy support has been one of the main reasons for strong electric car sales in many markets, with overall public spending on subsidies and incentives doubling in 2021 to nearly USD 30 billion,” the IEA wrote in a press release. “A growing number of countries have ambitious vehicle electrification targets for the coming decades, and many carmakers have plans to electrify their fleets that go beyond policy targets.”

By the end of 2021, there were 450 different EV models available to consumers, despite supply chain impacts and rising costs of raw materials. These factors are expected to present ongoing price pressures in the short-term for the sector, while long-term pressures derive more from the need to build out the necessary infrastructure to support EV growth.

“Few areas of the new global energy economy are as dynamic as electric vehicles. The success of the sector in setting new sales records is extremely encouraging, but there is no room for complacency,” said IEA Executive Director Fatih Birol in the press release.

One area that was a focus for potential growth is that of EV trucks, which up until now has seen China dominating the offerings. The IEA estimates that EV truck sales would need to increase from the 0.3% representation of global vehicles sold annually to roughly 10% by 2030 to keep aligned with country and global targets and 25% by 2030 according to the IEA’s net zero emissions goals.

Ford, Tesla, Rivian, and other EV companies have all announced or are producing EV passenger trucks, with the hotly anticipated Ford Lightning recently launched at the end of April.

Hop Into the EV Investment Seat with KARS

KARS invests in many familiar car companies such as Rivian, Tesla, Ford, Mercedes-Benz, GM, BMW, and major Chinese EV manufacturers such as Xpeng, Nio, and BYD, some of the biggest companies in the global electric vehicle industry.