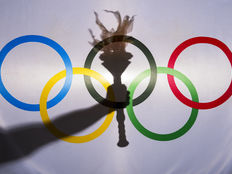 Green Technology Is the Winner of Beijing Olympics

As the world watches the victories and defeats of athletes competing in the winter Olympics, behind the scenes operates what could very well be the future of renewable energy infrastructure. The Beijing Games are being hailed as the first “green” Olympics, running on a mixture of solar and wind power, but it is the energy grid system that is the real star, reports Carbon Brief.

The mountain city of Zhangjiakou is home to the ski events taking place this year, and its current renewable energy capacity is greater than almost every other country in the world. What’s more, the Zhangjiakou Green Electric Grid is a world first in utilizing direct current to transport electricity over long distances as opposed to the more traditional alternating current.

The grid is a flexible one that relies on wind- and solar-generated electricity to power it, and it is run through the Fengning pumped storage plant that allows for storage of the electricity and then later distribution when the grid demands it. This new, flexible, direct current system is one that the country hopes to be able to implement everywhere as it works to move away from the older, inflexible lines that reinforced a reliance on coal.

The green grid of Zhangjiakou is part of an overall push by China to reduce emissions, with targets of net-zero by 2060. Currently, the country has an installed capacity of over 600 gigawatts (GW) between solar and wind power, both having crossed the 300 GW threshold last year. China produced 2,480 terawatt hours of renewable energy in 2021 between solar, wind, and hydro power.

Post-Olympics, the excess renewable energy produced in Zhangjiakou will be routed to help power Beijing as well as Xiongan, the “city of the future” currently being constructed outside of Beijing.

Investing in China’s Conversion to Low and Net-Zero Emissions

The ETF has an expense ratio of 0.78% and $165 million in assets under management.