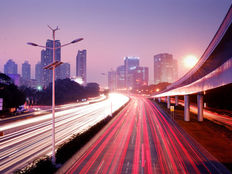 How to Invest in China’s Better Positioned EV Market

China continues to prove why it is the largest EV market globally, with regulatory support looking to be extended and ongoing breakthroughs by major Chinese manufacturers driving interest as more consumers convert to the new energy vehicles of the future.

China has a long history of support for the EV space, or new energy vehicles, with government subsidies dating as far back as 2010. The State Council is reported to be considering extending the current purchase tax exemption that exists for new energy vehicles, discussed at a recent meeting that was chaired by Premier Li Keqiang, reported the KraneShares China Last Night blog.

Subsidies for the space have led to rapid growth for Chinese manufacturers, which have seen companies such as Contemporary Amperex Technology Co (CATL), the largest lithium-ion EV battery manufacturer globally, continue to lead their industries.

CATL just announced today in a press release newest battery, a third generation of the cell-to-pack (CTP) technology that provides 13% more power than existing, popular 4680 batteries. With an energy density that tops out at 255 Wh/kg, the new battery design, called “Qilin,” is the highest level of integration in any EV battery to date.

In addition, China is home to the largest public charging network, with the China Electric Vehicle Charging Infrastructure Promotion Alliance reporting more than 2.6 million charging stations as of the end of 2021, a 70% growth year-over-year from 2022, equating to one charger for every three EVs owned, reported Protocol.

Major EV manufacturers such as Nio, Li Auto, and BYD continue to roll out new EV offerings in the highly competitive Chinese market. Li Auto has just launched the Li L9, the company’s flagship smart SUV that is full-sized and offers a bevy of top-of-the-line features such as autonomous driving, a three-dimensional interactive intelligent cockpit comprised of five screens, and top tier safety measures. Li Auto was up almost 9% in trading overnight.