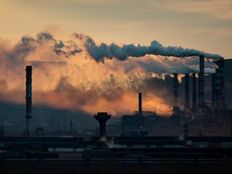 The carbon dioxide levels in the atmosphere, one of the key pollutants responsible for trapping heat on the planet, recently surpassed a critical milestone of 50% higher than pre-industrial levels, reported PBS.

The National Oceanic and Atmospheric Administration’s measurements at its monitoring station in Hawaii reported 421 parts per million on average for May. Pre-industrial levels were around 280 parts per million. It’s believed that reductions to 350 ppm would provide sustainable conditions, but for now, the numbers continue to climb.

“Humanity has to make more serious efforts and see a rapid decrease in greenhouse gas emissions, or else the impacts of climate change will only continue to worsen,” said Jonathan Overpeck, environmental dean at the University of Michigan.

There was a slowdown in emissions at the onset of the COVID-19 pandemic in 2020 but since then, numbers have been on the rise, with the world on average producing 10 billion metric tons of carbon annually. May is typically the peak time to measure for the year before plants reach optimal growth to begin drawing carbon from the air.

Current levels haven’t been seen in over 4 million years, since the time of the Pliocene era, when the earth was seven degrees warmer and sea levels were between 16-82 feet higher than now. The drastic difference in climate was due to the gradual increase to those levels millions of years ago, whereas human intervention has caused exponential atmospheric carbon dioxide gains in a very minimal time.

The KraneShares Global Carbon ETF (KRBN ) offers the first-of-its-kind take on carbon credits trading and is in a position to capture the rise in carbon allowance prices as emissions limits become more stringent globally and countries tackle the carbon crisis.

KRBN carries an expense ratio of 0.78% and has nearly $1.2 billion in net assets.