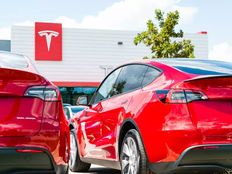 Tesla CEO Elon Musk took center stage at the official opening of the company’s Austin plant in an event called the “Cyber Rodeo.” It was a celebration of the completion of deliveries of the first vehicles produced at the new plant, and it included teasers of new products and the electric pickup truck going into production late next year, reports the Wall Street Journal.

In July 2020, Tesla announced its plans for the factory outside of Austin, which was built on more than 2,000 acres, and according to Musk is the largest factory worldwide, approximately the size of three Pentagons. The Texas and German plants are expected to produce 120,000 Model Y’s collectively this year, and estimations are that the electric vehicle company will produce a total of 1.5 million vehicles in 2022.

“We are really entering a new phase of Tesla’s future,” Musk said at the event.

Musk gave previews of upcoming vehicles, including a new Roadster as well as the semitrailer truck that had been previously delayed. Chief among the announcements was the teaser of the Cybertruck, Tesla’s first electric pickup truck that is expected to go into production at the Austin plant in 2023.

Tesla is hoping to capture market share of the growing segment of electric pickup trucks with its futuristic offering; traditional, gas-powered pickups currently make up 18% of the auto market in the U.S., and offering electric versions will hopefully fuel the transition away from gas-reliant vehicles.

The popular EV maker has faced production shutdowns at its Shanghai plant because of the COVID-19 outbreak, as well as supply chain constraints that have impacted the entire industry. Tesla’s deliveries for the first quarter (how it counts its vehicle output) totaled 310,000, which was a 68% increase year-over-year but still missed expectations of analysts on Wall Street. With the Austin plant coming online, the hope is that production constraints will be lower moving forward.

For investors looking to capture the performance of companies such as GM and Ford as well as other major EV producers from across the globe, the KraneShares Electric Vehicles and Future Mobility ETF (KARS C) can offer a good solution.

KARS invests in many familiar car companies such as Tesla, Ford, Mercedes-Benz, GM, BMW, and others, as well as major Chinese EV manufacturers such as Xpeng, Nio, and BYD, some of the biggest companies in the global electric vehicle industry.