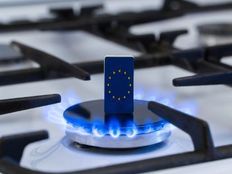 As the energy crisis in Europe intensifies, there has been a lot of speculation and focus on what that means for Europe’s emissions trajectory and commitments. Luke Oliver, managing director, head of climate investments, and head of strategy at KraneShares, discussed the current state of carbon markets and the second half outlook in a recent paper.

The focus has been concentrated heavily on the European markets as Russia wages war on Ukraine and chokes off the gas supply to Europe, sending energy prices skyrocketing and nations scrambling to supplement and plan for the upcoming winter as well as longer-term decoupling from Russian energy reliance. EU allowances have taken a hit this year compared to last year’s 64% outperformance, but overall EUAs are still only down 2% year-to-date.

“The perception that there is a reversal here is greatly exaggerated,” Oliver wrote. “It is worth noting that euro (EUR) weakness, or U.S. dollar (USD) strength depending on how you’re looking at it, is what has caused the drag for U.S.-based investors. However, this price move looks to be rolling over, with the EUR-USD bouncing off parity in mid-July.”

The EU is continuing to hone its energy plan but overall, the forward outlook on the regulatory side is one of tightening through reduced emissions and will be constructive for EUA prices. The annual emission cap is going to be reduced at a greater velocity (4.5% compared to 2.2%) meaning less emissions will be allowed each year, and the Market Stability Reserve (MSR) is being maintained at the elevated 24% compared to the usual 12%.

“This means that only 76% of the cap will be made available at auction, forcing polluters to use existing inventory and reducing the overall supply in the market. Both measures are material and should continue to be major drivers of performance, especially as the Total Number of Allowances in Circulation (TNAC) continues to fall,” explained Oliver.

Is the EU Allowance Market Easing?

Perceptions of easing could have come from the reduction being applied to the upper band triggers and will mean that when strong price action drives prices to be sustained above twice the two-year average for longer than six months, 10% of extra allowances supply will be released to the markets to bring prices back in alignment. It’s a change from three times the two-year average price that was in place, but KraneShares believes that it would take extreme price movements to trigger and therefore has little effect on their price models.

The EU has also considered selling 200-250 million allowances from the Market Stability Reserve to raise money to help accelerate the emissions transition in Europe as well as provide relief for the EU as it transitions away from reliance on Russian gas. It was briefly a popular proposal but has since lost traction. As of now, analysts believe it only has a 50/50 chance of passing, best-case scenario. Selling allowances would raise an extra $20 billion for the EU but would partially unwind tightening.

“Why are European countries against it? The countries objecting do not want to see extra supply soften prices, which would reduce the auction revenues they are earning from the allowances. This is the beauty of a cap-and-trade program, it aligns climate activists and capitalists to fight on the same side,” Oliver explained.

Given the energy crisis, there could be a potential pullback in demand from EU industries, particularly in the short-term as gas shortages might mean tighter limits on some of the highest emission industries, especially in Germany. This potential has already largely been priced into markets, however, and a continuation of supply tightening will create a buffer of sorts against potential EU recession.

“While demand is clearly always an important part of the demand/supply equation, we have seen continued tightening implementation, which increasingly puts the onus on supply. It is our view that the supply side policy should continue to put a buffer between the carbon markets and the economic cycle (demand). This not only supports prices during a recession, but it also maintains low correlations,” Oliver said.