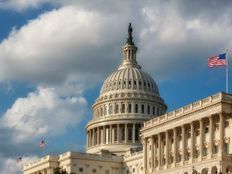 What the Senate Inflation Bill Means for Climate

The last known holdout, Senator Kyrsten Sinema (D-Arizona), has officially announced her support of the bill after the carried interest tax provisions were removed that addressed closing tax loopholes that allow wealthy investment managers and hedge fund managers to pay reduced taxes. The bill is set to go before the Senate Saturday afternoon where it will be passed under reconciliation which means that it will only require all 50 democrats in the Senate to vote for it, with Vice President Kamala Harris casting the tie-breaking vote.

Contained within the Inflation Reduction Act are the most sweeping climate change initiatives ever taken by the U.S. government and will create billions of dollars worth of tax incentives to help grow U.S. solar, wind, geothermal, battery, and clean energy industries in the coming decade reported NY Times.

It’s a bill that “keeps us in the climate fight and makes it possible that executive action, state and local government policies, and private sector leadership can get us across the finish line,” Jesse Jenkins of Princeton University, who worked on models for earlier versions of the bill, told NYT. “Without this bill, we’d be hopelessly far from our climate goals.”

The bill contains $60 billion that works to address the disparity and impacts of pollution on marginalized and low-income communities, $27 billion to create a “green bank” that would distribute funds to clean energy projects and $20 billion to reduce emissions within agriculture.

In addition to incentives, it also will bring weight to bear on climate offenders, beginning with methane leaks from pipelines and oil and gas production (methane is over 25 times more potent than carbon dioxide according to the EPA.) and penalties for methane pollution beginning in 2026.

Manchin agreed to the bill after garnering commitments from Speaker Nancy Pelosi (D-California) and President Biden that separate measures would also be approved around energy infrastructure permitting (potentially natural gas pipelines) by the end of the year. The idea of further pipeline developments “are outweighed by the enormous good that the investments in clean technology will have,” Congressman Ro Khanna (D-California) told NYT.

According to Representative Khanna, it’s a “clean energy moonshot.”

KraneShares has a suite of ETFs with a variety of targeted exposures to global cap-and-trade carbon allowance markets that invest in carbon credit futures. These funds include coverage of U.S. markets through the KraneShares Global Carbon Strategy ETF (KRBN ), which invests in carbon allowances futures globally from the EU, California markets, RGGI, and the U.K., as well as the more targeted KraneShares California Carbon Allowance Strategy ETF (KCCA ).

KraneShares also offers the first U.S. ETF exposure to the voluntary carbon offset markets through the KraneShares Global Carbon Offset Strategy ETF (KSET ), as well as the KraneShares Global Carbon Transformation ETF (KGHG) which seeks to capture the true potential within the carbon transition by focusing on companies from within industries that are traditionally some of the highest emission offenders but that are on the precipice of transitioning to renewable technologies.